I’ve long since given up trying to understand the Japanese obsession with all things Disney. The desire to posses the company’s merchandise and make numerous trips to Tokyo Disneyland appears to be almost genetic. Even Emperor Hirohito, somewhat surprisingly, is said to have been the proud owner of a Mickey Mouse watch. Several reports even claiming he was buried with it. 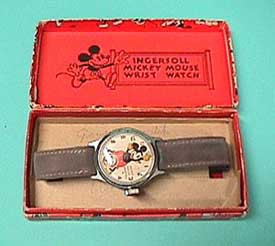 The recent actions of 25-year-old Manabu Furuya however almost make a Mickey Mouse loving Emperor seem acceptable. Quaint even. As finding himself down to his last 10,000 yen (50 pound) — but at the same time desperate to take his girlfriend to Tokyo Disney Sea — the deranged devotee robbed a pub where he used to work.

Yet fleeing the scene with 150,000 yen in his pocket, he was confronted by pub employee Takahiro Dono. And in a bid to escape, Furuya stabbed him. An attack that sadly proved to be fatal.

A tragedy though that failed to get in the way of Furuya and his Disney themed date. The day after the theft and murder, he happily went to Disney Sea as planned.

He may have even bought a watch.