Due to their very nature, most train stations in Japan are merely functional. Buildings designed to simply get you somewhere, rather than destinations in themselves. And when it originally opened in 1936, Doai, in Gunma Prefecture, was also a regular, run-of-the-mill station. But after the addition of a northbound line in 1967, all that changed. A change brought about by the extra track being 70 metres underground, making it the deepest in Japan.

Initial impressions, however, are of a nicely stark, but not especially interesting structure. 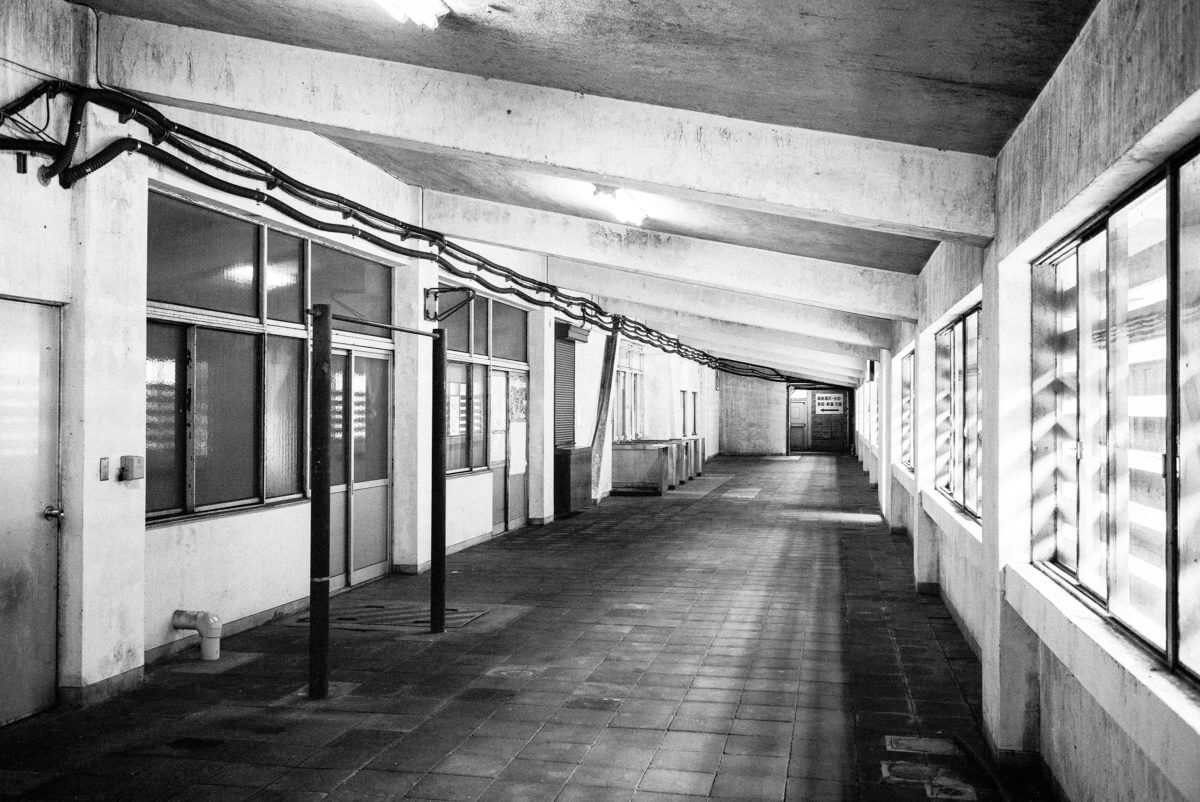 Once the journey downward begins, however, things alter considerably, with a warren-like maze of tunnels setting you on your way. 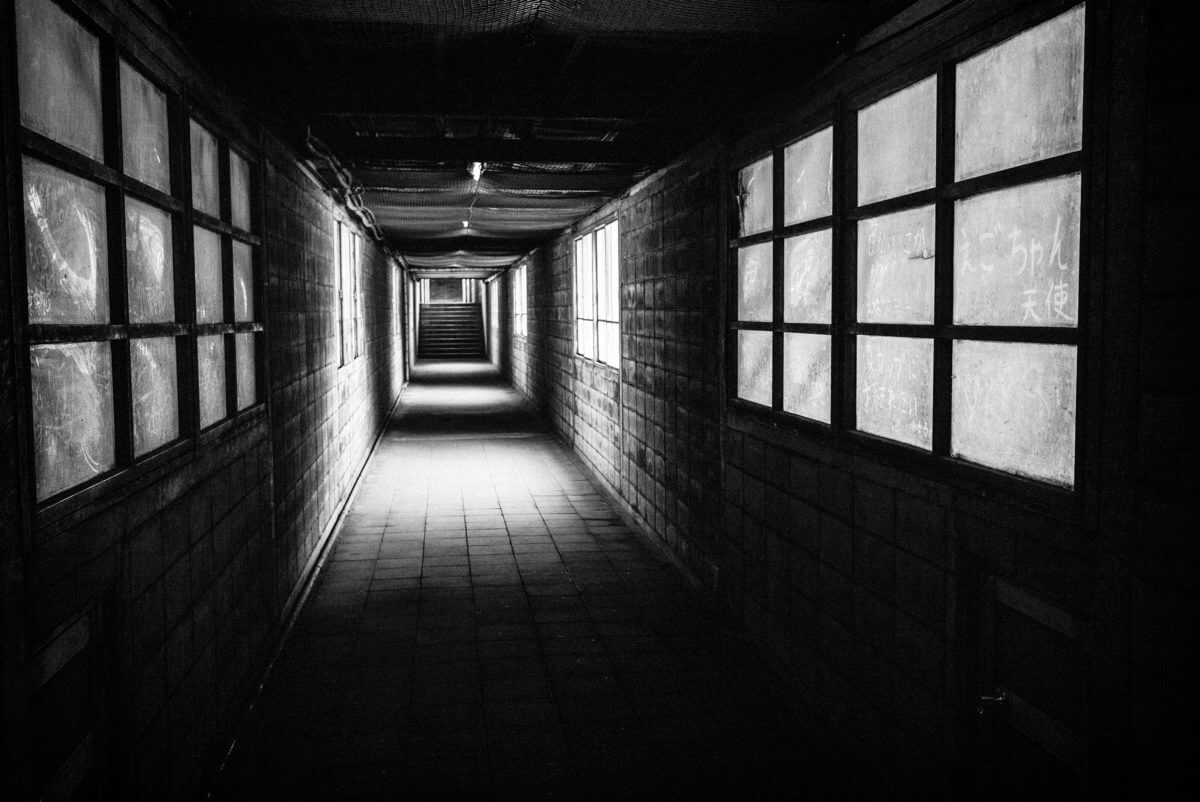 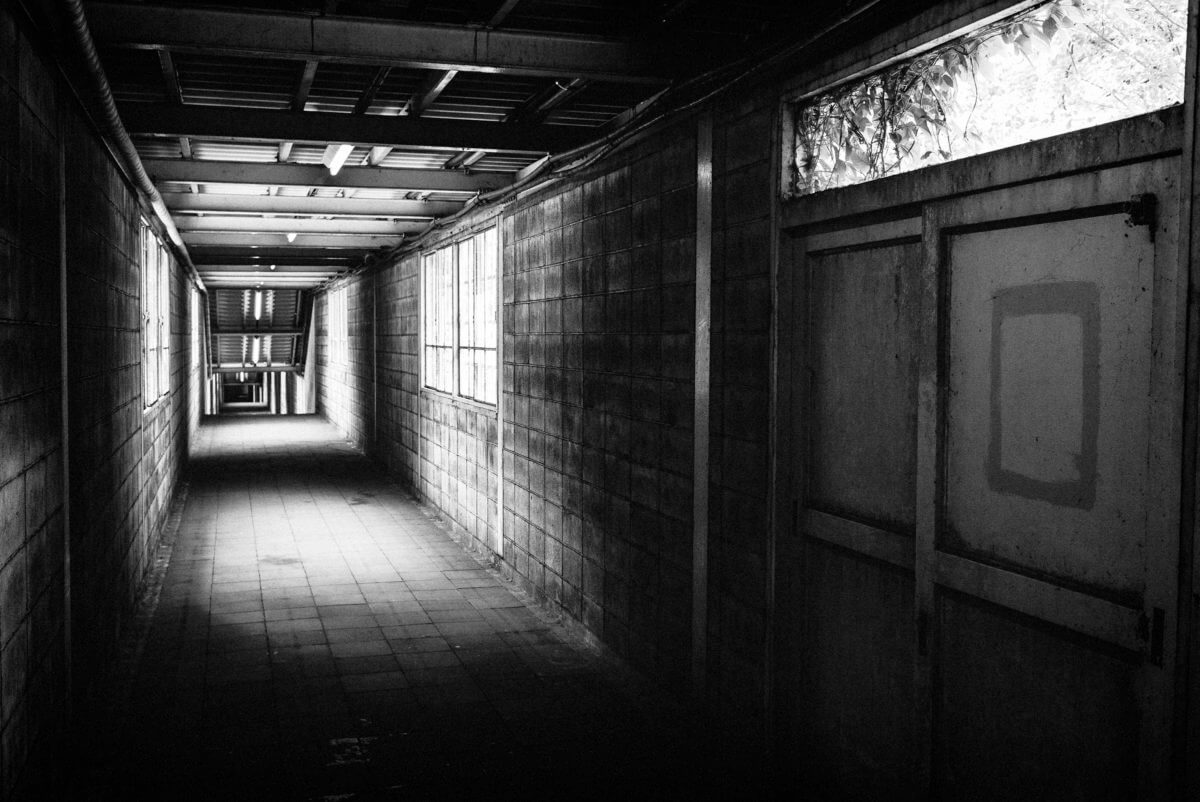 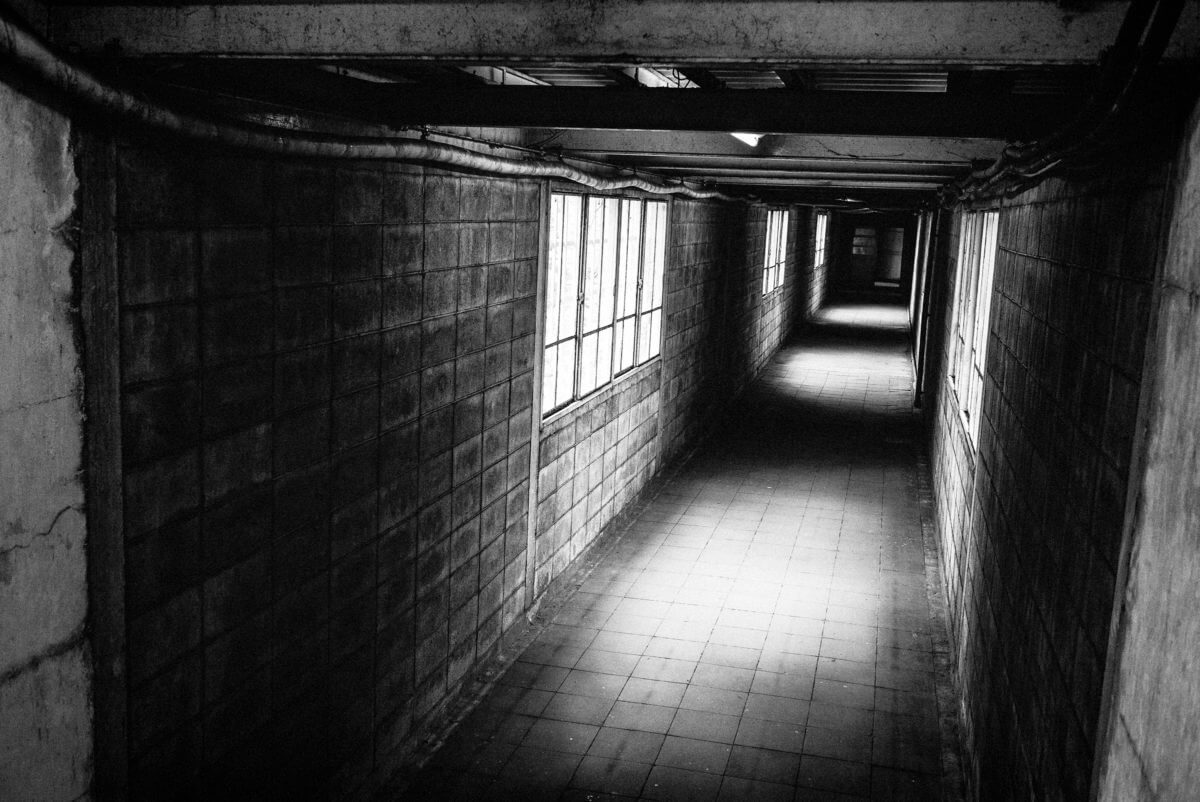 A glance behind also indicates exactly how many steps those going up will have to contend with on their way back to the surface. 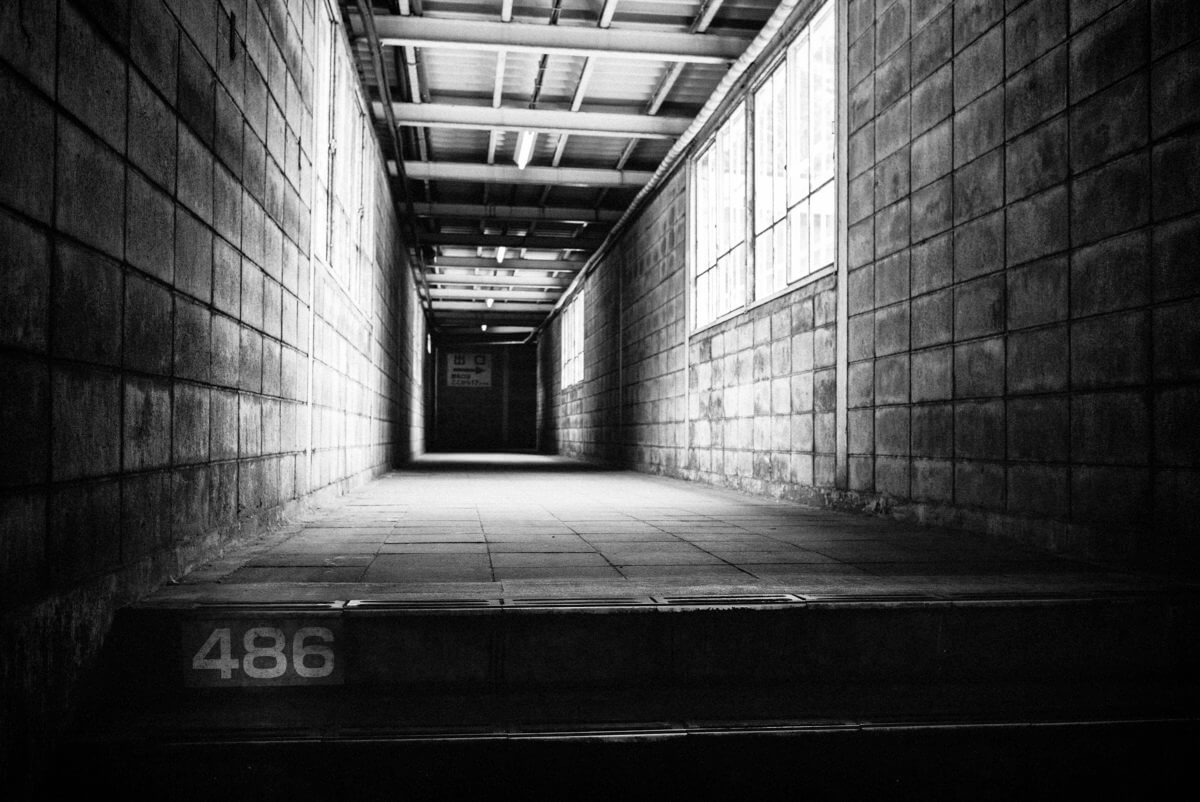 But before starting the descent proper, there’s a spot where Doai’s wonderful bleakness arguably reaches its peak. 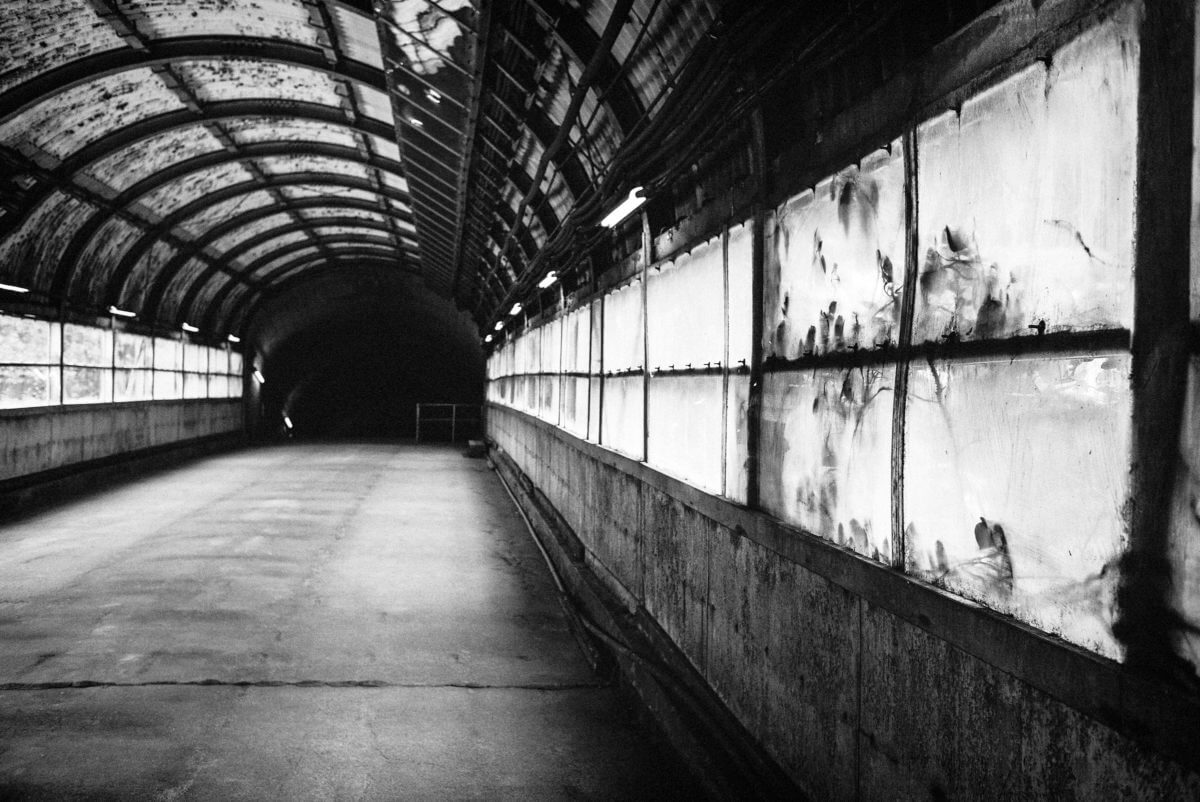 Then it’s straight down, for quite some distance; the bottom barely visible from the top. 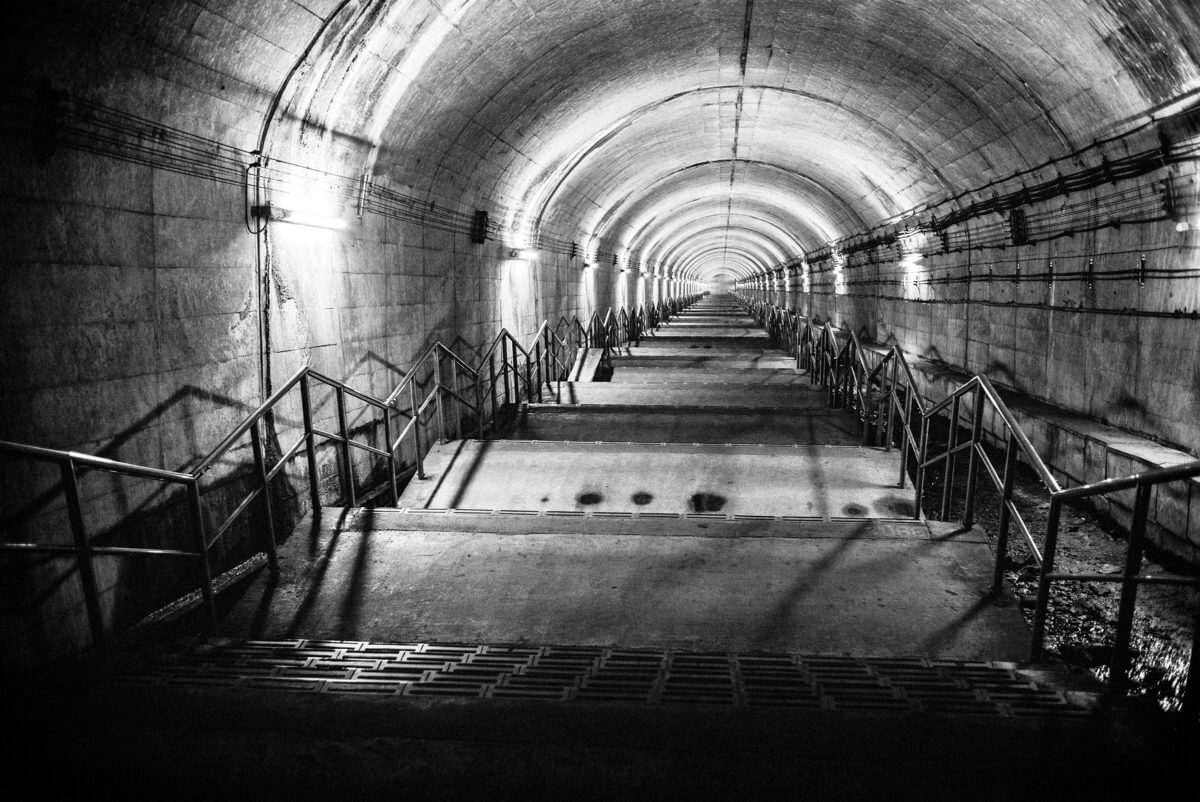 To be fair though, the bench on the left does offer at least some respite to those making the long climb up to step 486. But that’s it as far as any kind of help goes — there are no lifts or escalators.

And with trains not exactly regular — somewhere in the region of every 3 hours or so — timing is of the utmost importance. Get it wrong and the only option is the decidedly dubious pleasure of whiling away the hours in Doai’s laudable attempt at designing the world’s dreariest waiting room. 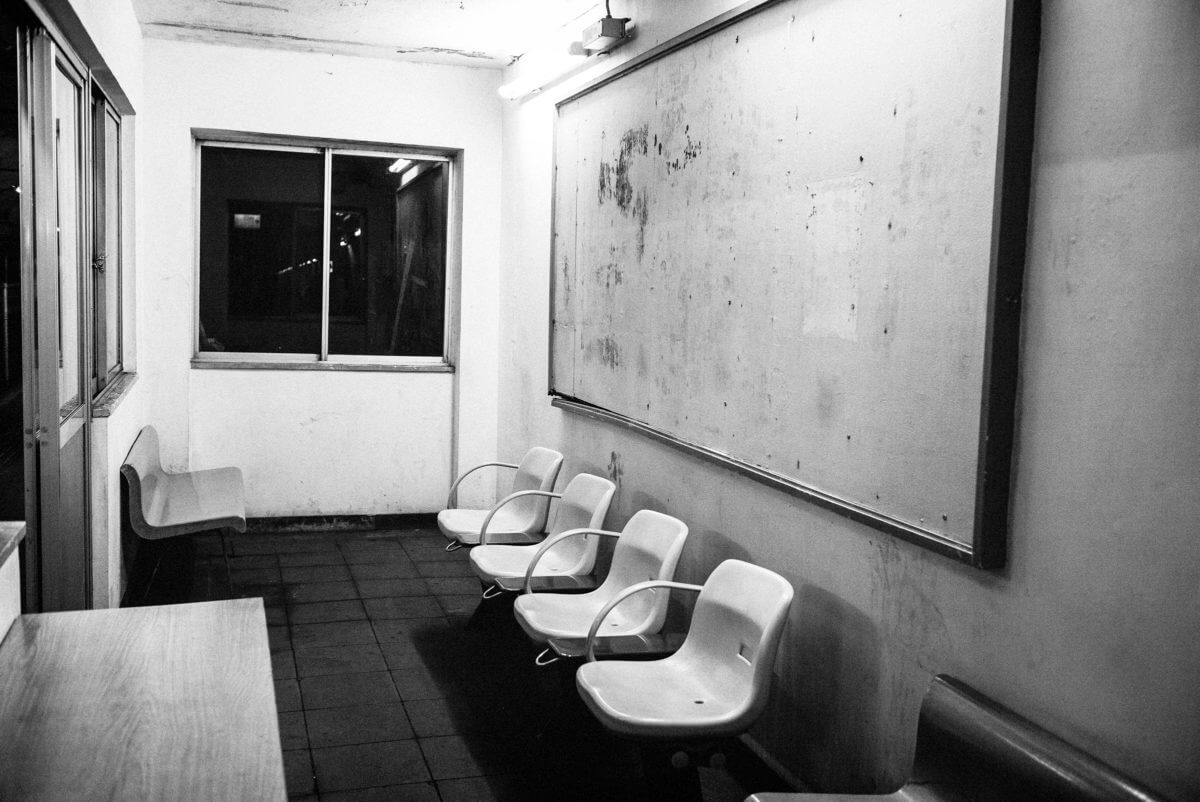