For any toy poodle owners out there who want to make their posing pooches even more preposterous, help is finally at hand, as Japanese company Merry Do Beauty Products has teamed up with Pet Esthe to sell pet dye. 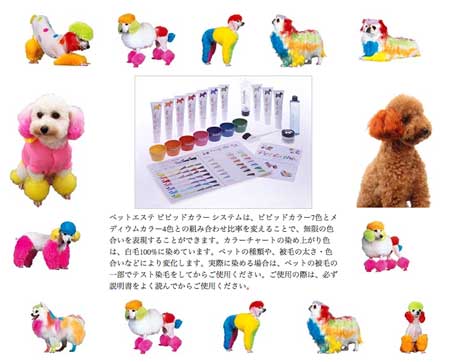 And, with images as mind boggling as this, there is no need whatsoever for any pet related pun.