Quite surprisingly it turns out that dog fighting is still legal in Japan, and although it’s not especially popular, there are still regular fights in some areas, with a national championship every year in Kochi, southwest Japan.

The animals have rankings the same as sumo wrestlers, with the (if you’ll excuse the expression) top dogs gaining the rank of Yokozuna. And judging by the picture below, they have the same kind of ceremonial dress too. 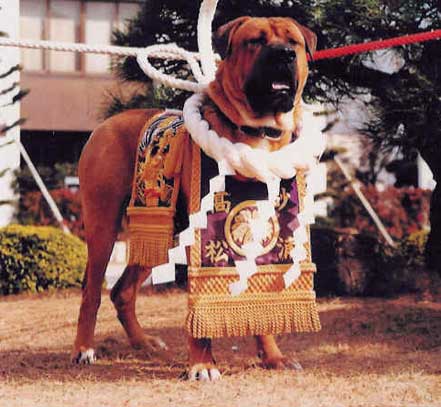 Now whilst fighting between two dogs will never be a civilised affair, they aren’t battles to the death. Four judges watch each bout, and the winner is determined through a mixture of fighting temperament, stamina and injuries inflicted. But it’s probably fair to assume that these injuries have the potential to be pretty severe, as the fighting dogs are a breed called tosa, incorporating the bloodlines of great danes, bull terriers, bulldogs, german pointers, and mastiffs. A heady mix for sure, and one can only imagine the damage they must be capable of. 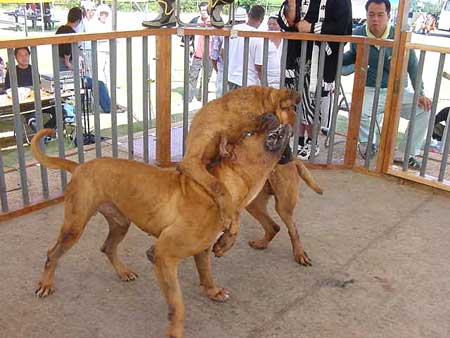 Not surprisingly, dog fighting doesn’t attract the same kinds of crowds as it used to, and the number of tosa dogs has dropped dramatically — although considering that they cost over 100,000 yen (450 pound) a month in food alone, it’s understandable. Yet ironically it’s not just economic constraints or modern sensibilities that threaten the survival of the breed, and ultimately dog fighting itself.

Small dogs you see are now very much in vogue, and figures from the Japan Kennel Club prove this. In 2003, only 5 Tosa were registered as pedigrees, compared with 73,684 Chihuahuas, and a whopping 171,144 Dachshunds. Meaning that as preposterous a mismatch as it sounds, the mighty tosa looks like being humbled by the dainty dachshund. 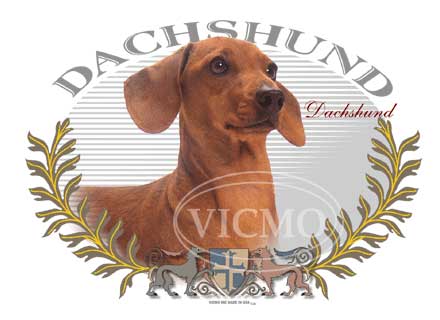