Tokyo’s Kabukicho red light district offers more than most men could ever want, or even know they want. But, as well as paid for services, the area is also a boozers’ paradise, with bars and the like open till all hours — or perhaps more accurately, all hours.

A wonderfully liberal state of affairs that makes weekend mornings and early afternoons there a fascinating mix of shoppers, very visibly drunk revellers, plus equally inebriated hostesses and other entertainment district workers. Some of them so worse for wear that they simply can’t make it home, and instead sleep off at least some of their excesses whenever, or wherever, their legs finally give up the fight. A situation that clearly befell the young woman below.

Photographed slumped outside a host club — with the faces of said gentlemen staring out from behind her — the night had undoubtedly begun brightly, but ended with the only brightness being the mid-afternoon sun trying desperately to break through the clouds. 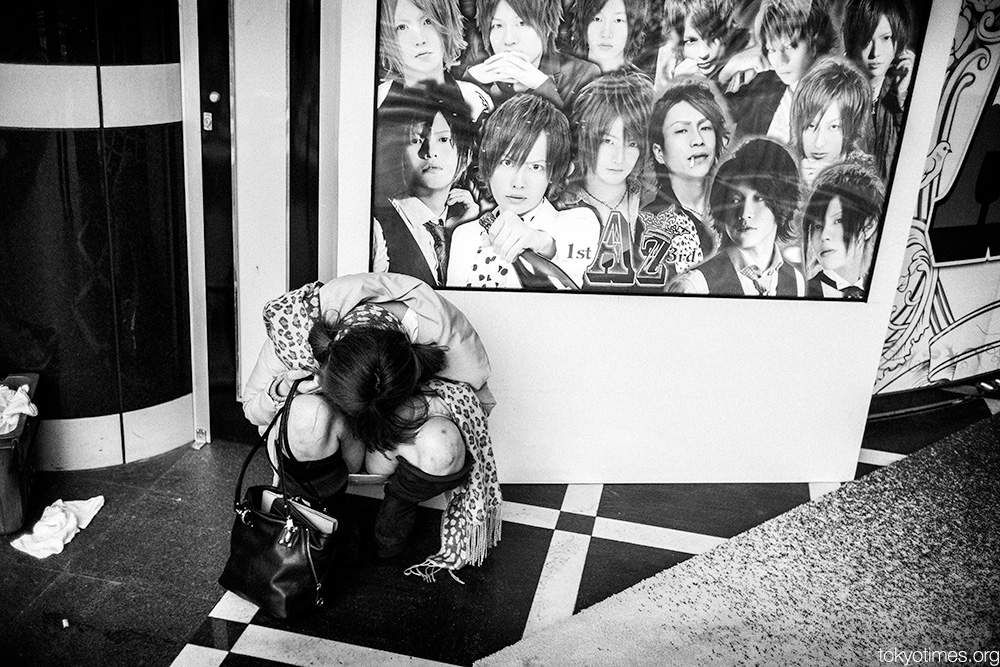 *It goes without saying that the content of this photo is of a rather debatable nature. Something that needless to say made me think for a long time about whether to post it or not. Eventually, however, the lack of a visible face, or indeed anything more untoward, made me decide to use it, along with the fact that I’ve posted photos of men in similar, but far more exposed predicaments, in the past. Not to mention of course my/this site’s ongoing project of documenting Tokyo’s good, bad and sometimes seedy side.