With the end of the year festivities fast approaching, a few Japanese shops are already stocking up on suitably silly items aimed at stressed-out salary men. Some of them a sort of over-the-counter cosplay that allows at least a little in the way of light relief.

Like this ‘Hello Mr foreigner’ fake Caucasian set for example, its ‘tall’ nose and sticky-back blue eyes being both riotous and realistic. 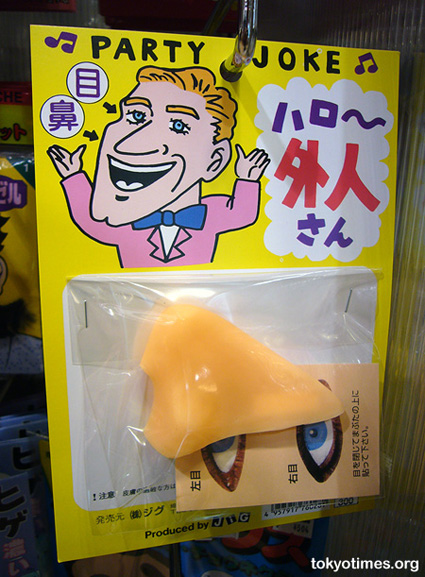 However, from next week, such foreign-based frivolities will not be advisable at Japan’s airports, or else salary man Suzuki may well find himself being photographed and fingerprinted together with all the other legitimate long-termers.

A situation that may well cause the fun to fizzle out somewhat.