With the Japanese being such feverish followers of fashion, it’s not surprising that even tradesman are picky about their appearance, with puffed-out Hammer-esque pants and fancy footwear very much the order of the day. 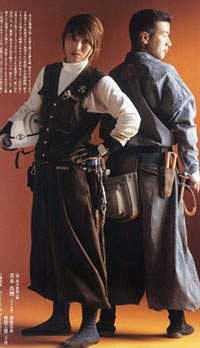 A sense of style that has now also reached the formerly frumpy world of farming, with the Japan Knitwear Designers Association (JAKDA) attempting to halt a declining interest in agriculture by establishing ‘agrifashion‘, somewhat optimistically hoping that it â€œwill help promote farming not only as a worthwhile occupation, but also a cool and trendy one.â€

The winning designs at the Tokyo event however appear to suggest that they still have some way to go. 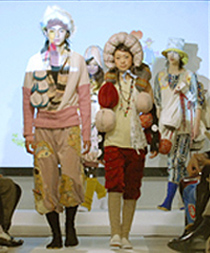 Although that said, 70-year-old style guru and seeding specialist Junko Suzuki appeared to be quite impressed — the bonnets in particular getting plenty of praise. 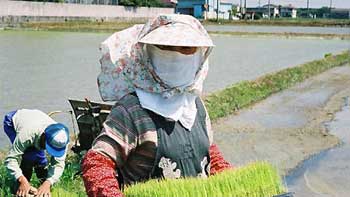 Her only reservation being the flaunting of what she considered to be just a little too much flesh.