Despite not being as significant as the highly respected ‘Best Jeanist’ awards, the ‘Best Leathernist’ competition is nevertheless not to be, erm, sniffed at.

Amazingly celebrating its sixth year in existence, the event’s organiser was delighted to announce Eriko Sato as the 2006 leather-clad champion; the 24-year-old actress taking over from the previous winner, Anna Tsuchiya.

Now quite what constitutes a good ‘leathernist’ apart from the wearing of animal skin isn’t exactly clear, but after extensive research it appears that Sato-san’s shiny black boots may well have clinched the deal. 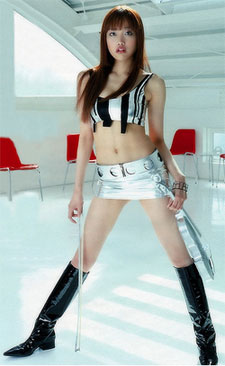 With the addition of this rather cheeky little number doing her bid no harm whatsoever. 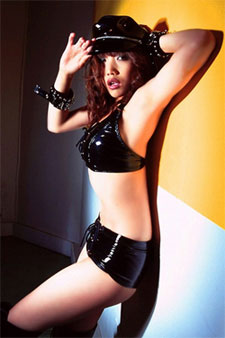 Admittedly none of which may actually be made of leather, but that, it has to be said, is about as relevant as the contest itself — and indeed this post.