As far as clothes or indeed any consumer goods are concerned, cute is unequivocally king in Japan, with anything garnering a cry of Kawaii! considered good or even great. A look that this plain but pretty little one-piece initially appears to have perfected. Its perky little bow at the back presumably receiving the required response. 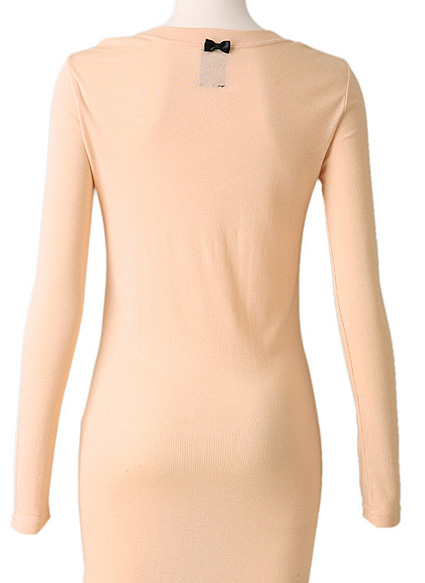 Yet in a move that may shock cute connoisseurs to the core, its designer has daringly adding a dash of foulness to the front. 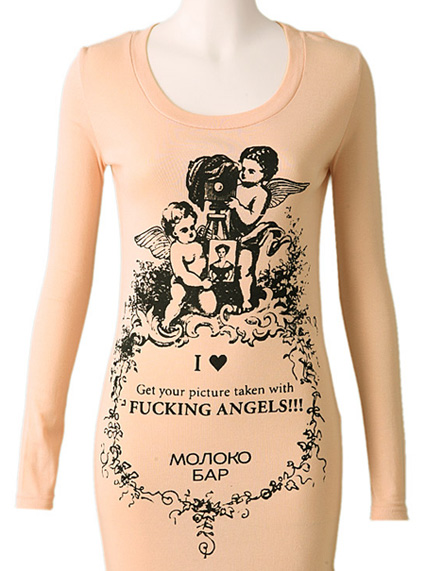 A slogan that while seemingly meaningless, is at least mildly amusing, as well as being available in black. 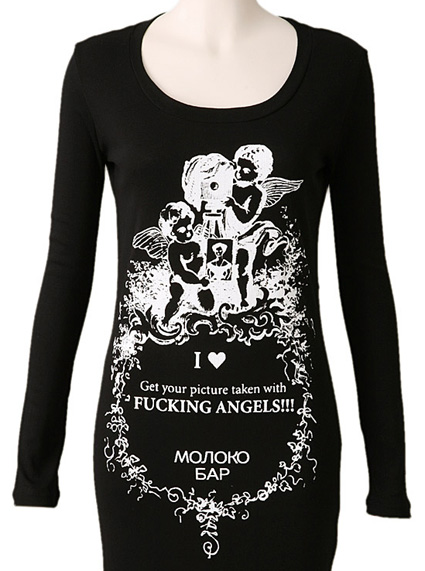