The majority of Japanese festivals, with their cacophony of colours and men carrying mikoshi, are rarely reserved affairs, although those held after dark could possibly be deemed as even more dynamic. And especially so it seems when lots of lanterns are being lit.

But to begin with, at this particular procession at least, there was a considerable level of calm. 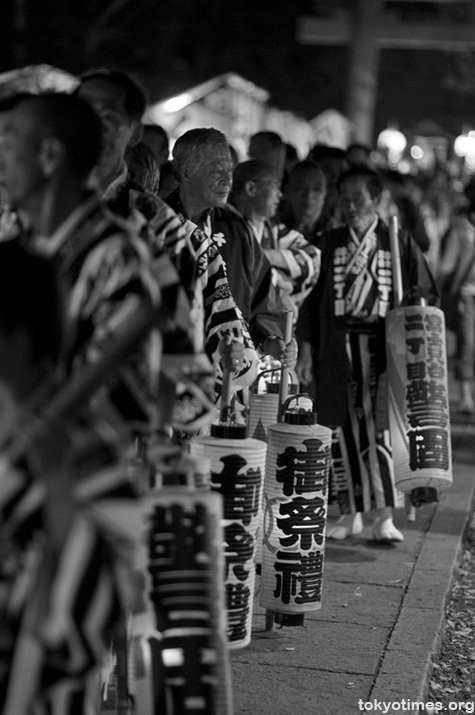 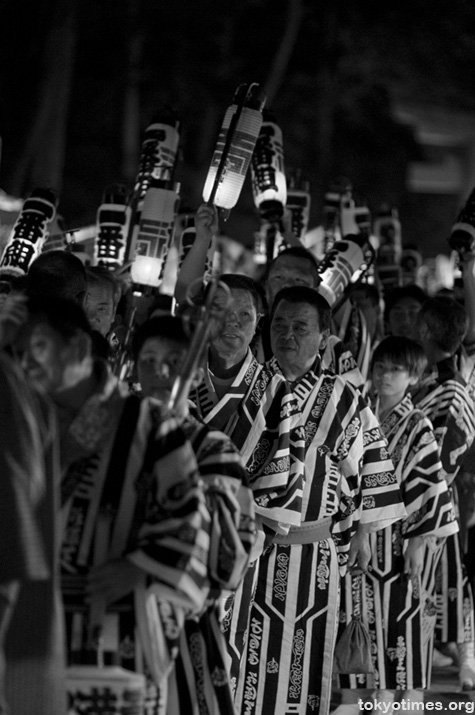 Along with what appeared to be a fair amount of foreboding for those going forth for the first time. 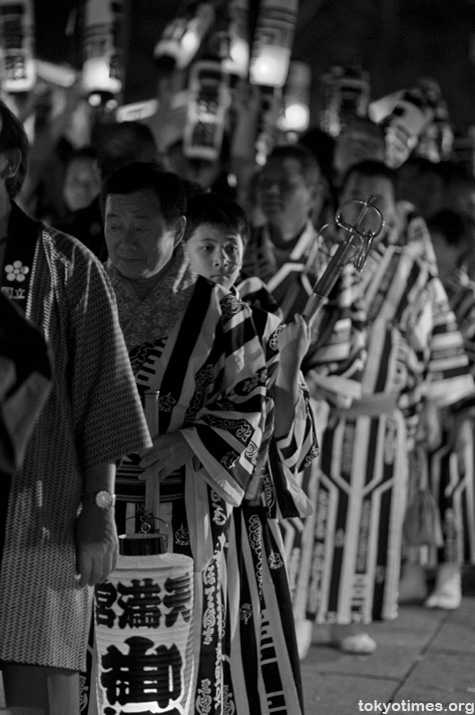 However, once the proceedings got going, it was nothing but impeccably behaved bedlam, with the sound equalling the spectacle. 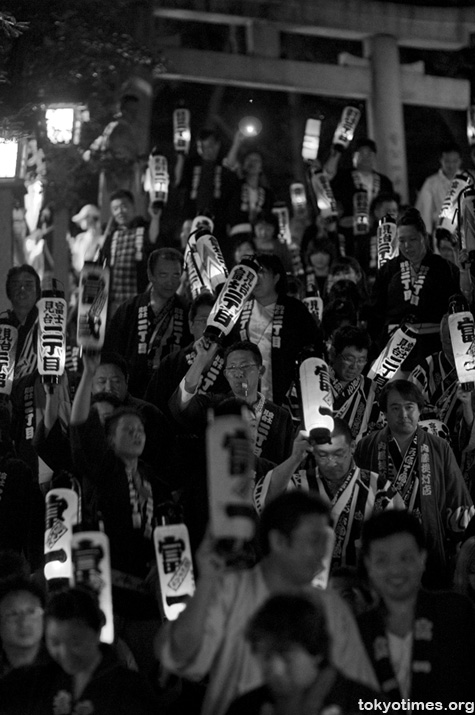 A short sample of which can be heard here:

And yet, even in the midst of such mayhem, there were still hints of composure. 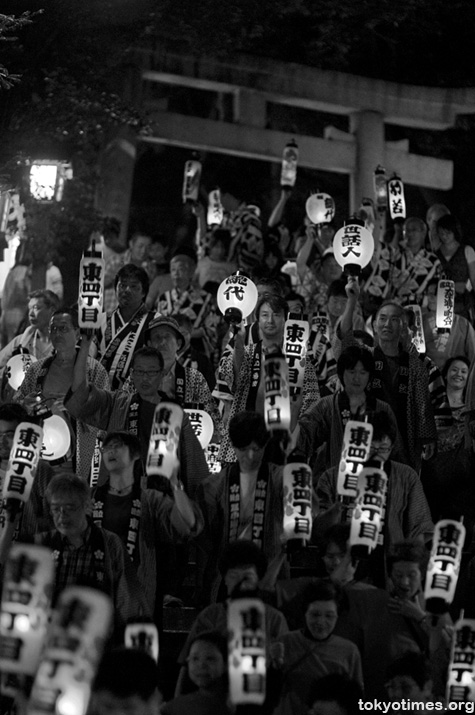 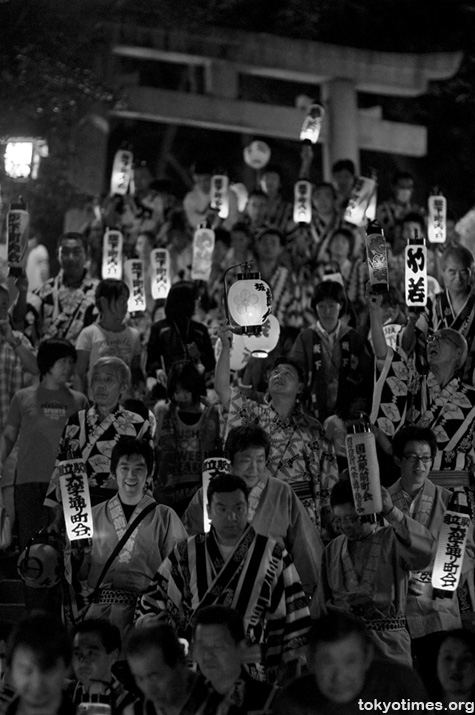 But on the whole, it was basically just people having a blast, 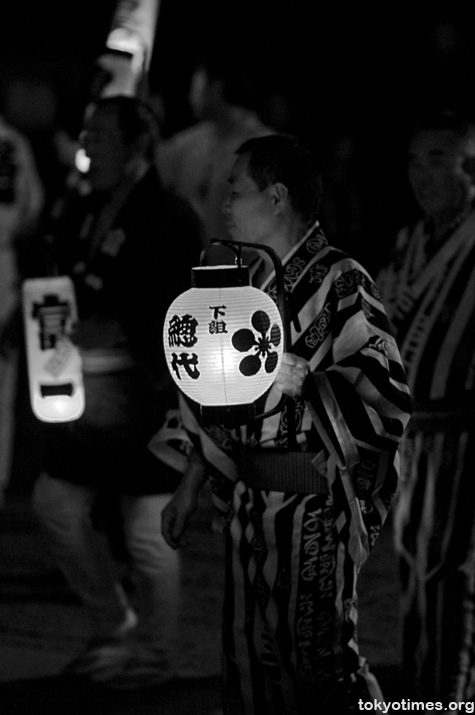 making a noise, and carrying lanterns both big, 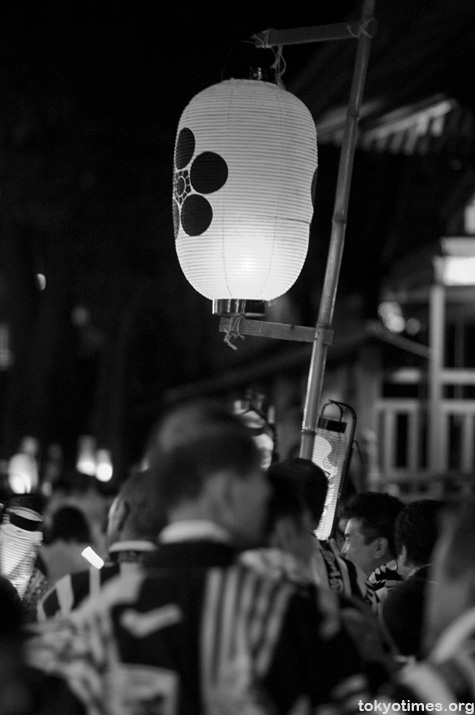 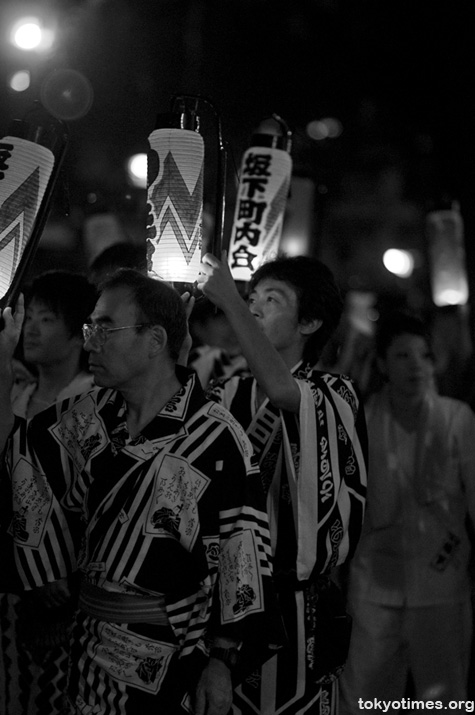 With the further aloft they were the more fitting and fun it was. 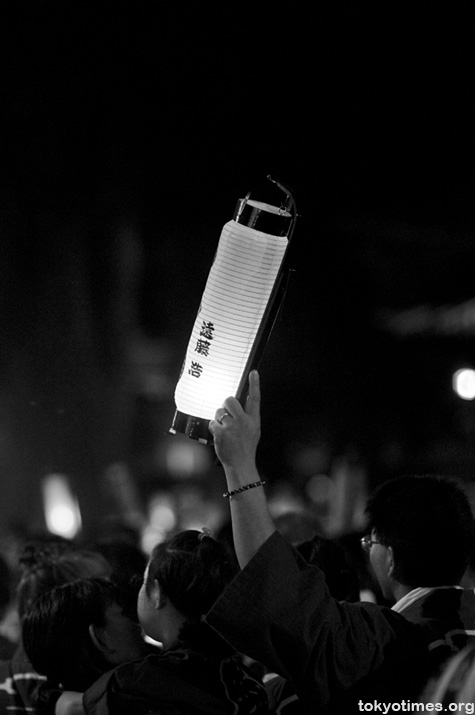