With certain parts of the Japanese media seemingly intent on exaggerating the amount of crime committed by foreigners in Japan, and a Tokyo governor dedicated to bad-mouthing non-Japanese on an almost daily basis, it’s perhaps not surprising that some sections of society are a little scared by such sensationalism. A situation that has prompted one production company to produce an educational/language video to teach terrified Tokyoites how to survive such an attack. 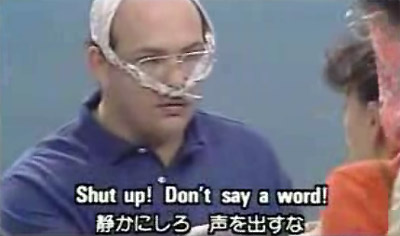 When manhandled by a foreign man with a mask on back-to-front for example, the best way to deal with the situation is to let him have everything you’ve got. The correct delivery of such a phrase charmingly chanted by some lycra-clad young ladies. 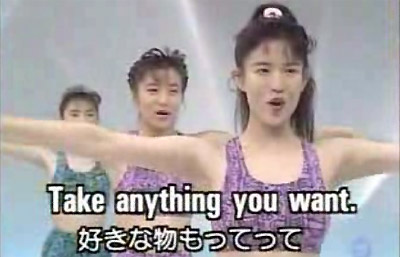 However should things get worse and the brute brandishes a knife, confrontation is definitely not the best course of action. Instead, calmly appealing to his conscience is considered correct. 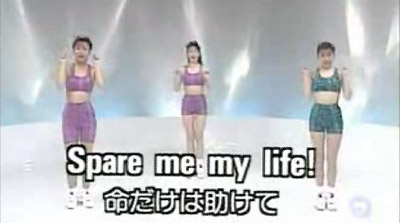 A method that may well involve the loss of material possessions, but luckily not one’s life, allowing a report to be made later at the local police station. 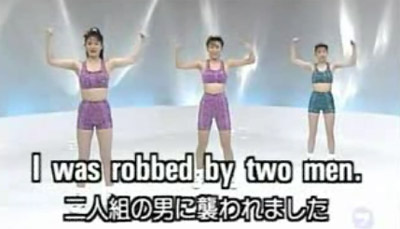 Educational TV at its best it has to be said, with such life saving language applicable to people the world over and not just the Japanese. Simply look and learn.