After taking a nap but oversleeping and waking up 5 hours after his scheduled arrival, a 34-year-old unnamed truck driver was understandably in something of a panic.

But the tried and trusted excuses of a bad stomach or heavy traffic were obviously too mundane for this imaginative young driver. As after waking up he called the police emergency line and said, “Four foreigners abducted me for some five hours.” And to add a little more detail to make the story (slightly) more believable, he went on to say that, “They asked where an expressway bus stop was at about 5:30 a.m. Someone covered my head with a paper bag from behind, and I was forced into a car.”

The call resulted in 30 officers being mobilized to find the felonious foreigners. But after more detailed questioning the police begin to suspect the tale didn’t quite add up. Especially as the driver had no noticeable injuries, despite claiming that he was eventually kicked out of a moving car at the end of his ordeal.

After further grilling the dishonest driver confessed that he concocted the story in a bid to cover-up oversleeping. Needless to say the police plan to send the case to prosecutors. 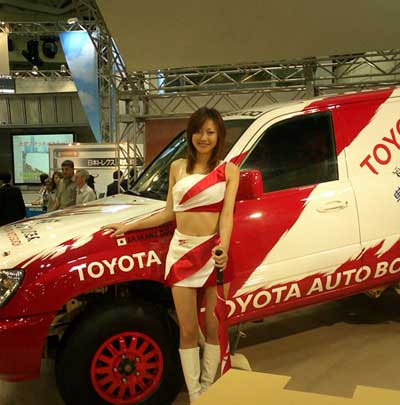 A truck driver not abducted by foreigners yesterday.