When it comes to a lack of ideas or a shortage of stories, some sorry site owners resort to posting pictures of sexy sirens in swimsuits, pathetically passing them off as relevant to a story, or even as ironic. However a blogger from Suwa, Nagano Prefecture, adopted a rather more drastic method to address her lack of interesting material; the 20-year-old setting fire to random buildings and automobiles in her local neighbourhood.

Arrested over the weekend for torching a car in a dealer’s parking lot, Erika Hirata confessed to the crime, bluntly declaring, â€œIt’s true that I started the fire.â€ Her capture has also made Hirata-san chief suspect for the 20 or so unexplained fires that have occurred in Suwa since April this year, with the young woman possessing photos of 2 of the blazes under investigation.

Yet despite going to so much trouble to get something interesting to post on her blog, Hirata has hardly been imaginative with the material. The fire she was arrested for produced only 2 short sentences. â€œThere has been a fire in Shimosuwa. It burned two carsâ€ Similarly, another fire she quite possibly started at her old school was dealt with very briefly indeed. â€œI was shocked because it was the school I graduated from.â€

What kind of sentence she will receive is unclear, but it has been reported that Hirata wanted to become an entertainer after leaving school. Her dream of gracing the pages of fashion magazines like Erika Sato, 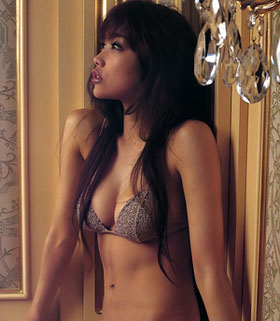 or developing a long and illustrious career like Norika Fujiwara, 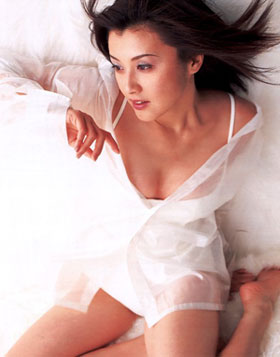 appear to have been dashed.