Street performances may or may not be legal in Japan, although I suspect that at the very least they are restricted. Especially in regards to busking. But whatever the ruling on such matters, it is possible to see the odd band or singer every now and again. Acts generally comprised of harmless youngsters knocking out bland and inoffensive pop music.

However occasionally it is possible to see something a bit different. Like the chap pictured below for example. A man who put on quite a performance. And one that was enhanced with a bit of electronic trickery that produced an ear-splitting backdrop that had many confused onlookers covering their ears for fear of them bleeding. 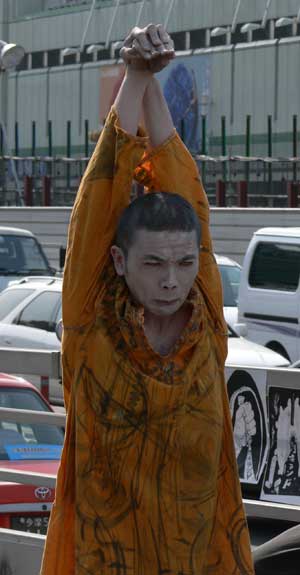 But being considered neither harmless nor inoffensive, it wasn’t long before the proceedings were (perhaps predictably) brought to a swift and officious end. 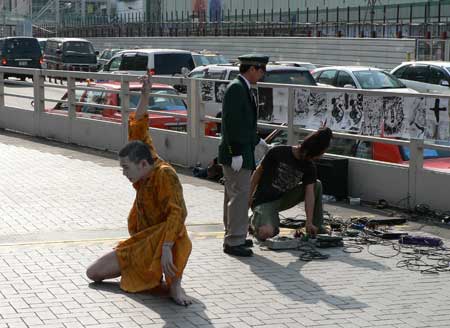 Which was disappointing to say the least.