As far as video games go, the 2005 Tokyo Game Show was something of a let down. Microsoft to its credit had the Xbox 360 up and running, yet the playable games on offer hardly sent the pulse racing. Sony on the other hand managed to do nothing but frustrate, showing only videos of future PlayStation 3 software, the majority of which contained very little (if any) in-game footage.

Thankfully the ubiquitous booth babes saved the day, the scantily clad young ladies more than making up for the lack of quality games on offer. 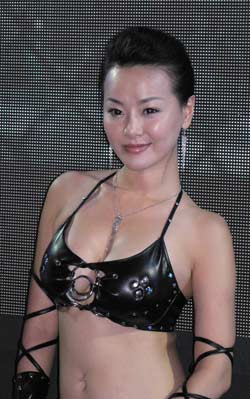 Yet amazingly, this bevy of beauties was upstaged by the event’s massive cosplay contingent. A few of which drew huge crowds due to their looks and outlandish outfits. These three stunners in particular garnered a lot of well-deserved interest. 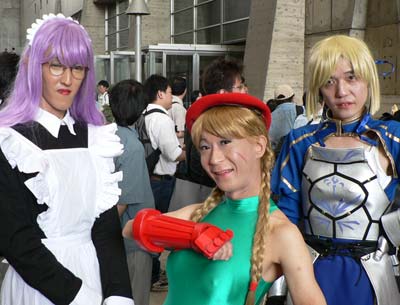 However despite the coy smiles and tasteful wigs, I think it was the shapely legs and green leotard of the group’s feminine leader that grabbed most people’s attention.