Can’t decide how to wow that special woman in your life this Christmas? Looking to buy something a bit out of the ordinary? 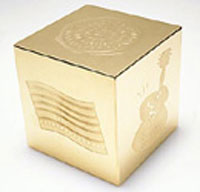 However if you want to get your hands on this unique gift, you’d better get a move on. Only one has been made, and Jewellery shop Ginza Tanaka is selling it. The other drawback is that as it’s made of 24-karat gold and weighs 15kg, it is rather expensive. A whopping 50 million yen’s worth of expense to be exact. That’s a cool 235,000 pound.

Still, if it’s already been bought or money is an issue, Amazon is selling a slightly less shiny cardboard version for a far more festive 8,000 yen (37 pound). 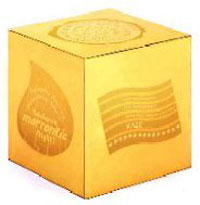