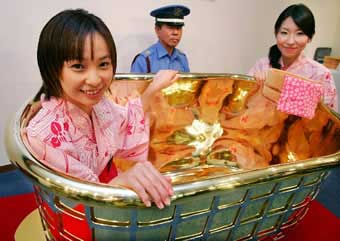 It turns out a large hotel chain commissioned the rather tacky tub. The company hoping that it will become something of an attraction and help draw more visitors. However the constant presence of an eagle-eyed guard could well be a bit off-putting for the more bashful bather.