With sumo dominated by Mongolians and Sony already fielding a foreigner in the fold, the giant of all Japanese giants, Godzilla, also seems to have finally succumb to the force of foreign infiltration.

His current disinclination to destroy Tokyo may well have something to do with it, but either way, the monster has at least temporarily been muscled out by that legendary loner the Loch Ness Monster — the secretive Scot currently making uncharacteristically bold appearances in Tokyo Bay. 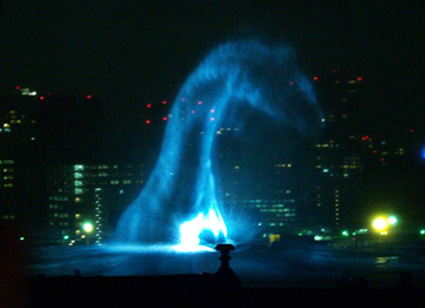 Albeit due to the success of a sizeable water screen.

And, perhaps predictably, in the pursuit of promotional purposes.