Japan already boasts the world’s greatest competitive eater amongst its ranks, with the titanic Takeru â€œThe Tsunamiâ€ Kobayashi relentlessly gorging himself to glory; however, the nation now has a new hero to honour, after air guitar artiste Ochi â€œDainojiâ€ Yosuke clinched the 2006 World Championship in Finland over the weekend.

Dazzling the crowd on his way to the finals, Yosuke-san was supposedly awarded the title due to his simplistic and classy air ‘guitarring’ — praise that was presumably restricted to his actions and not his tiger emblazoned top. 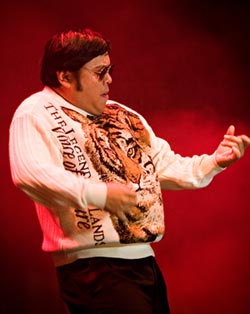 To see the man in all his arm-swinging sweater-sporting glory, simply sit back and click on the picture below. 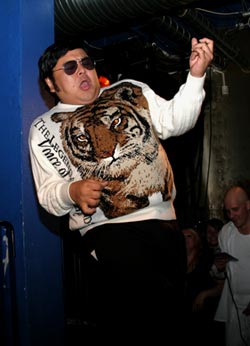