Despite the unnecessary demands of Tokyo’s (hopefully outgoing) governor, Shintaro Ishihara, many people have already been out and about under the cherry blossoms this week. All of whom have, as expected, been enjoying themselves in a manner befitting recent events.

But, however people celebrate hanami, one constant is the military-like precision that goes into organising it. Not only do a time, place, and numbers need to be finalised and finely tuned, but the actual spot itself can often resemble a small, well equipped village; the likes of protective sheeting, furniture, and phenomenal amounts food and drink feasibly allowing those present to stay there for months.

Of course, there’s nothing at all wrong with that, but at the same time, it was nice to see a group of fellas with some cans from the convenience store just potter over. Put down some newspapers. And happily settle down for a few hours. 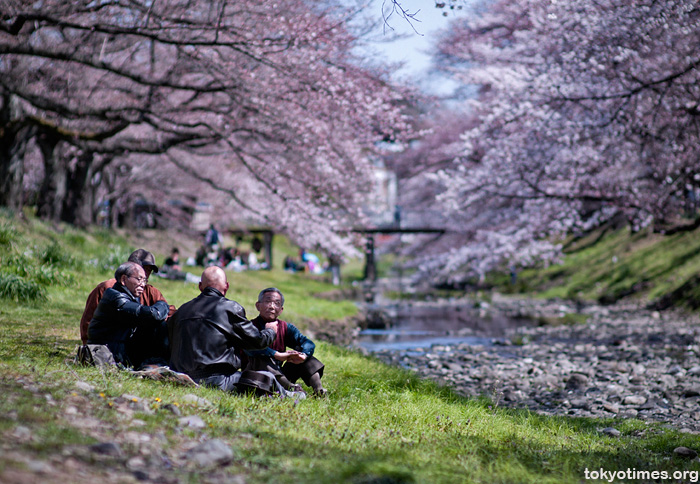