As a brief bit of background information, this is a picture of Ayumi Hamasaki (or Ayu as she is commonly known). 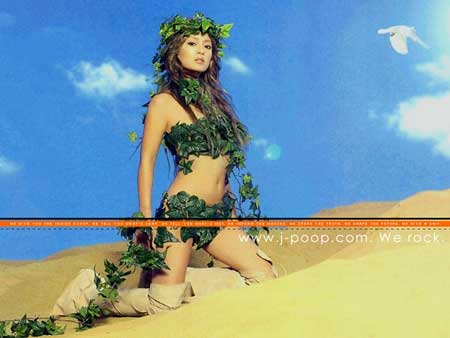 Not only is she pretty, but it’s probably fair to say that she’s Japan’s most popular female singer, having produced a steady string of hits over the last few years.

But sadly, like many pop stars, some of Hamasaki’s fans can be a little obsessive. Although perhaps non more so than 35 year old Masashi Tsueda. A man who was arrested this week for a series of robberies he committed to feed his love of attending concerts and buying Ayu merchandise.

Since July 2001, Tsueda is alleged to have committed around 170 robberies. Although before you immediately condemn him, he was a criminal with a conscience, as he made a rule of never stealing more than 200,000 Yen (about 1,000 pounds) in a single day! But even after heroically restricting himself in this way, the besotted fan managed to acquire over 22 million Yen (112,000 pounds) in his crime spree.

You’ve got to wonder what he was buying though. 22 million Yen! I don’t care how many concerts you go to, or posters you buy, getting through that kind of money would be quite a challenge. But by the sounds of it, one that Masashi Tsueda was obviously up to.