Variety shows on Japanese television don’t shy away from over the top stereotypes. Far from it in fact. Comedy and entertainment (although I use the terms loosely) come before any sense of responsibility – or indeed sensibility.

The introduction of the character Hard Gay however arguably takes this approach to a whole new level. 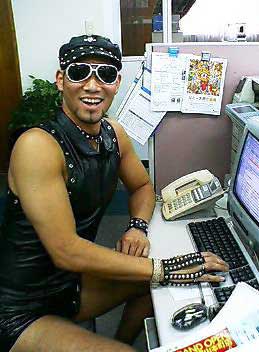 The young chap it would appear struts the streets of Tokyo; performing acts of ‘social improvement’and shouting â€œWooooo!â€ or â€œHard Gay!â€ a lot. All interspersed with liberal doses of hip thrusting — his trademark movement. 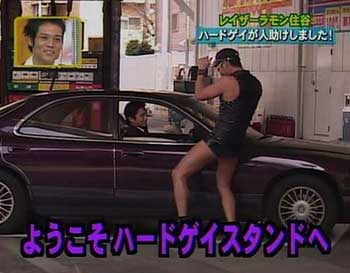 Although some thrusts it has to be said are more extreme than others. 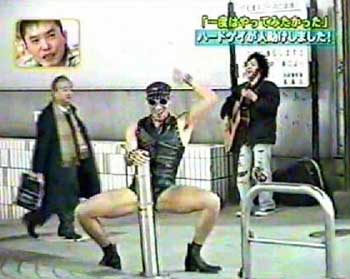 For any fans interested in copying their favourite comedy character, internet shopping site Rakuten is currently offering a Hard Gay costume set. The pack consisting of a hat, vest, hot pants and wristband. All for the very reasonable price of just under 6,000 yen (30 pound). 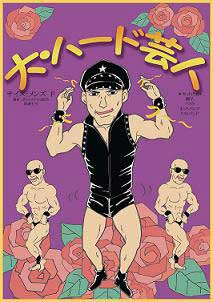 However for those not willing to take the plunge but still looking for a Hard Gay fix, by clicking here you can see a video of him in hip thrusting action.