Whilst Japan follows the standard system of year, month, and day, the traditional practice of marking years in connection with current and past emperors is also used. This means that unless you are getting on in years (or alternatively are very young), your date of birth will fall somewhere in the Showa Era (1926-1989). The long reign of Japan’s controversial wartime head of state, Emperor Hirohito. So for me, I can say I was born in 1969, or if I want to impress any nearby Japanese, Showa 44.

This is all well and good, but last week this method of marking time produced an historical event of sorts. The two maiko (apprentice geisha) pictured below, debuted with their very first rounds of Gion teahouses. The one on the left may make a name for herself by becoming a respected and skilled geisha, however young Fumiko on the right is assured of at least a footnote in the history books. As at the tender age of 15, she has become the very first maiko to be born in the current Heisei Era. A period that begun in 1989 with the death of Hirohito, and the ascendance to the throne of his son, Akihito. 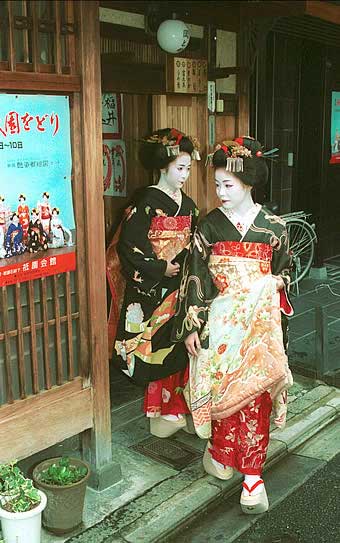