There are shrines all over Japan devoted to all kinds of concerns, whether it be a fat wallet or even fertility, but it’s probably worth hazarding a guess that there are hardly any that house a horse — or at least a reasonably realistic recreation of one. 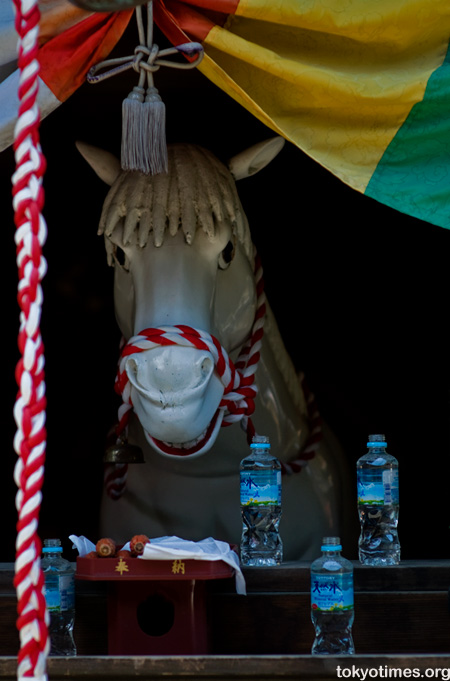 And this particular beast, by all accounts, is based on a mount that made a name for itself during a battle in Kamakura and, as a reward, was respectfully retired in relatively nearby Tokyo. Its reproduction and the shrine it resides in now supposedly offering support to those facing a challenge of some sort or another.

However, as the model is somewhat sinister looking, younger visitors at least may well find that their ‘challenge’ is nowhere near as challenging as actually facing this fearsome-looking filly and asking for a favour. 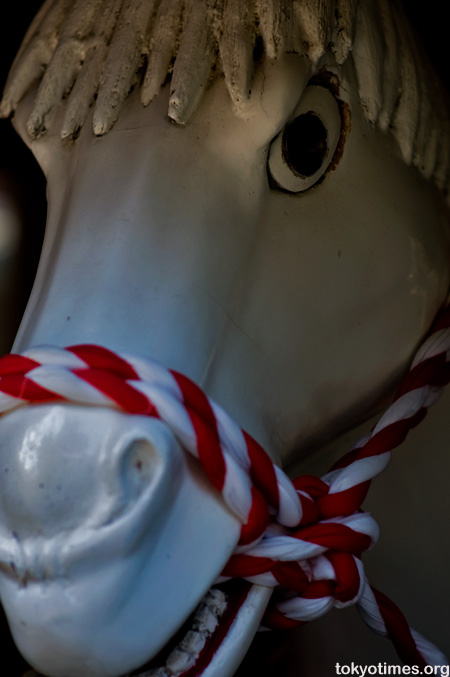 Although that said, considering the far from fresh carrots it is expected to feast on, such annoyance is not necessarily needless. 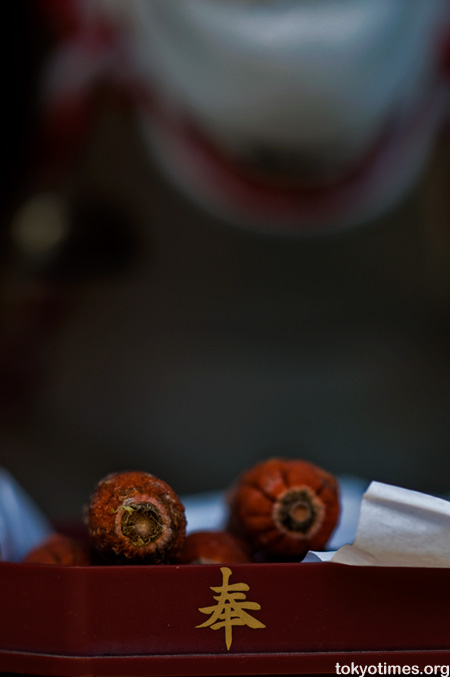