Much is made of Japan’s technological prowess and high-tech cities, but beneath a wafer thin veneer of modernity, Tokyo is generally very traditional — often even antiquated. An aspect that quickly becomes apparent when one drifts even slightly away from busier districts.

But the capital does of course have its moments, and a world away from Tokyo’s only man-powered ferry boat, is Himiko. A vessel that while certainly modern, also seems that way in a 1960s science fiction sense of the word. Arguably like some of the city it can be seen in. 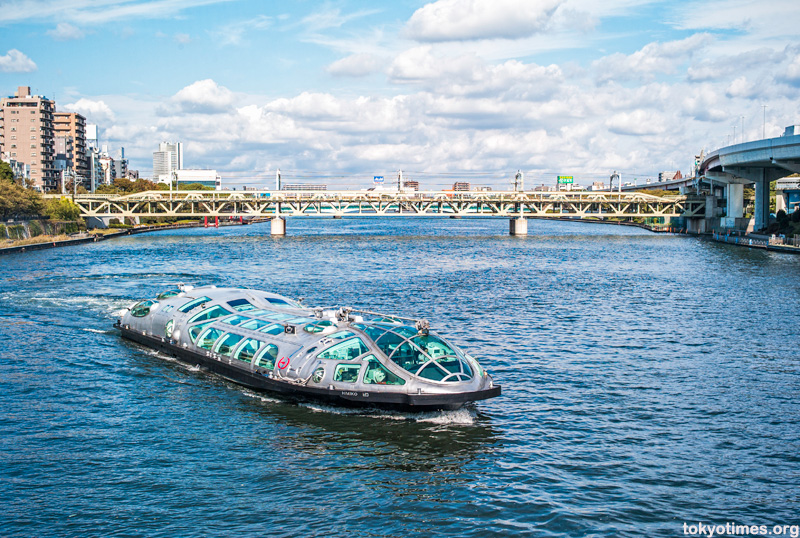