Considering the current economic climate, a trip to Sports World a week or so ago was particularly apt. 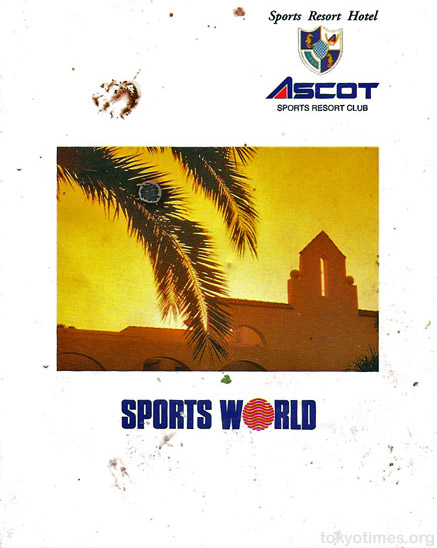 Conceived during the bubble with the bank presumably backing the project with a ludicrously large loan, this sprawling Sports Resort Hotel at the top of the Izu Peninsula was opened in 1988, only a year before prosperity went pop. And, ten years later, after an impossibly optimistic opening, 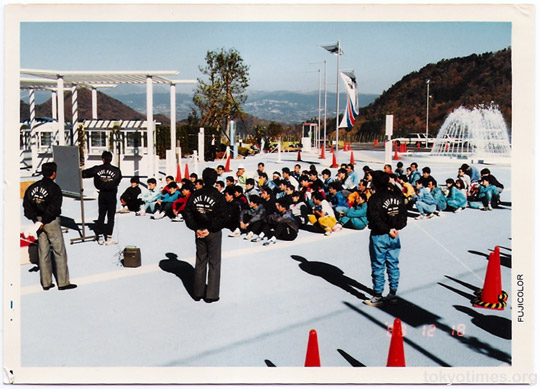 the business too went bang. 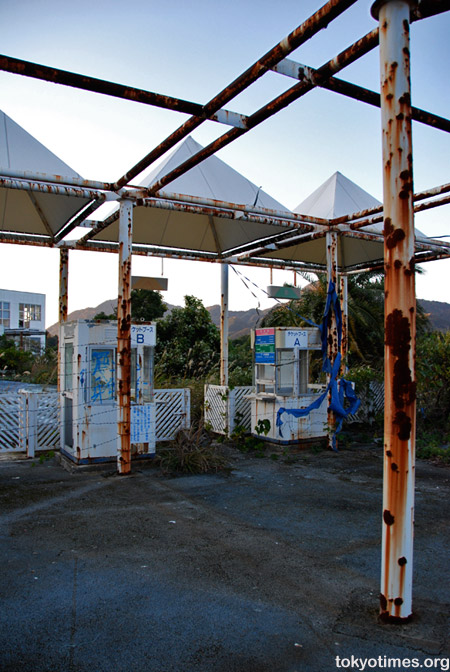 A decade that, due to the site’s sumptuousness and size, must have been a stressful one to say the least, with the technology of the day, 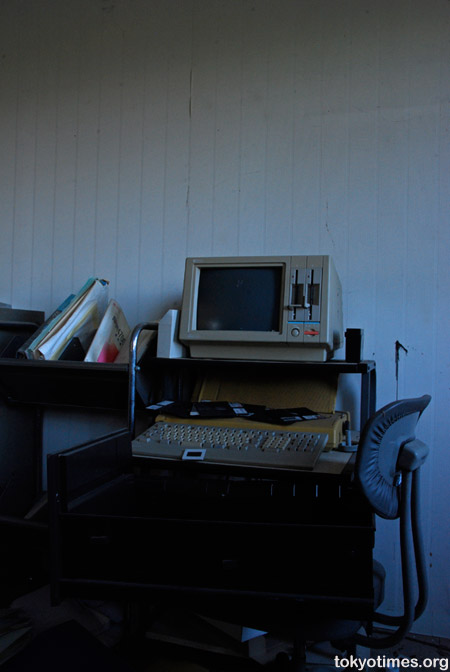 no doubt making more noise than the till. 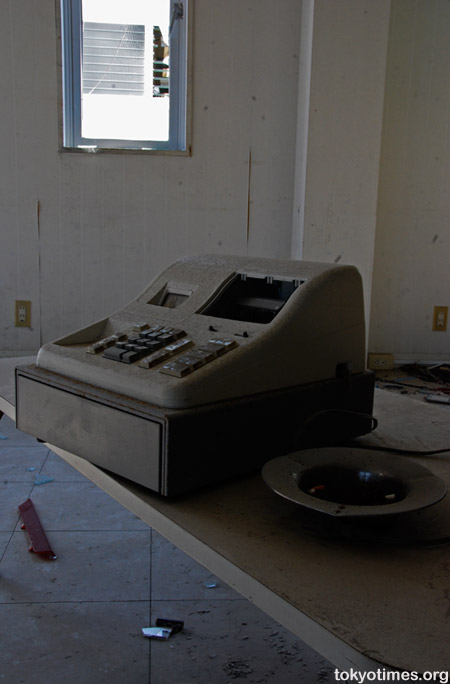 And even the acquisition of less archaic computers, 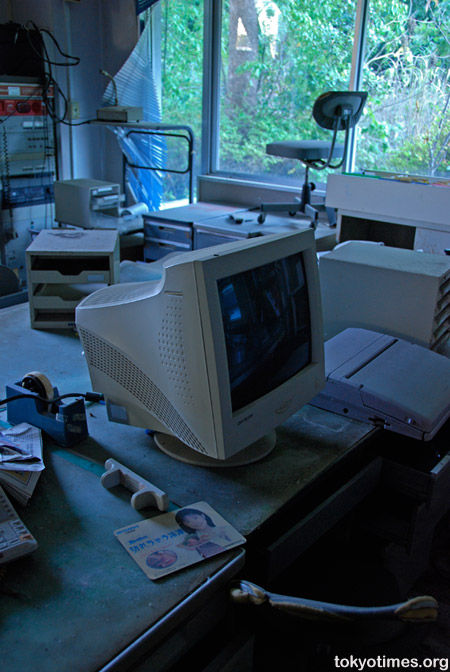 along with confidence boosting cups, 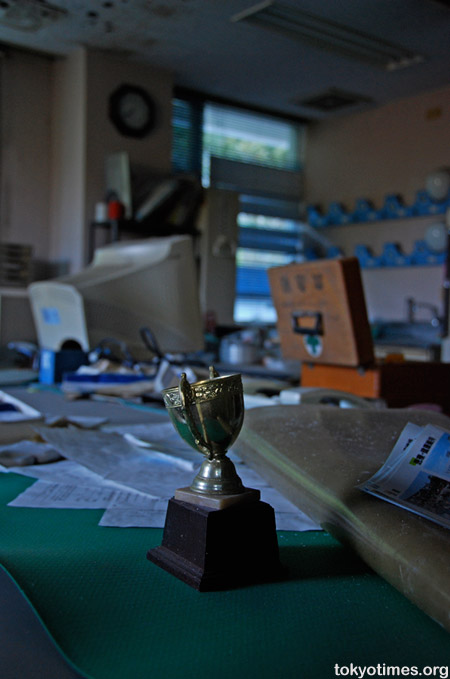 couldn’t have made the conferences any more comfortable. 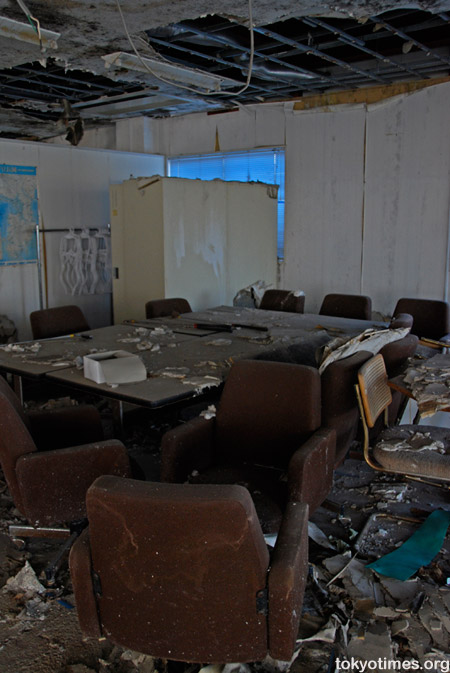 This armchair on the other hand may have offered at least some sort of a rest bite, 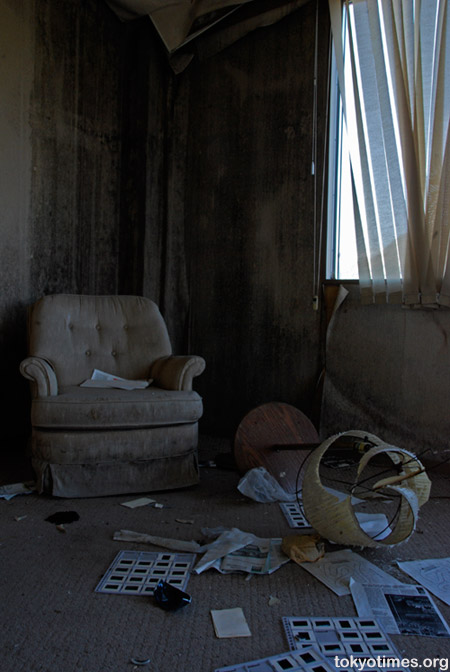 but in the end, with nothing saved for a rainy day except company emblazoned umbrellas, 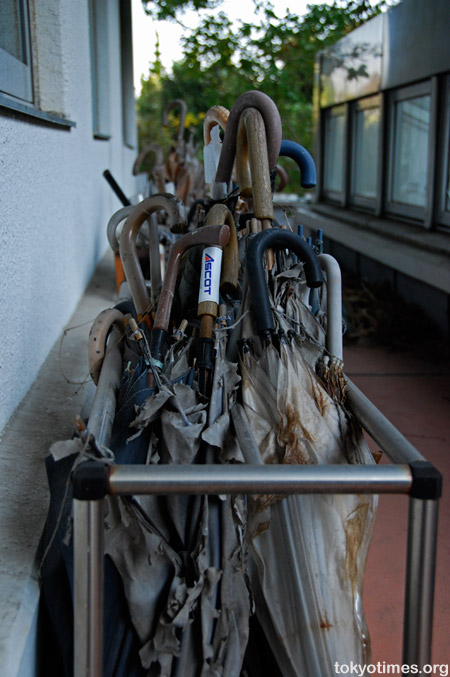 the staff were left with little option but to leave, 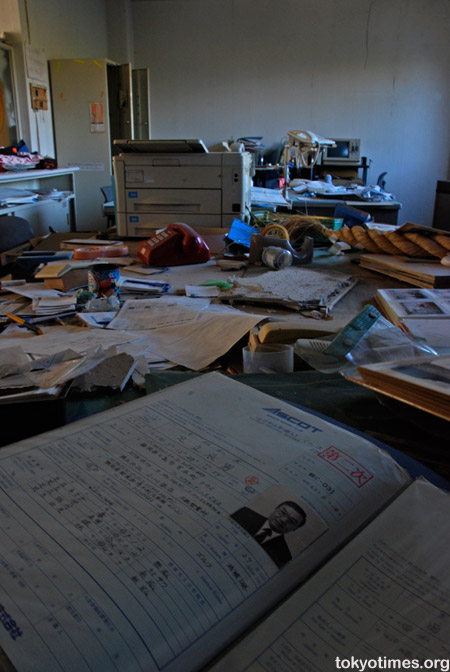 after perhaps loitering for a little while in the bar, 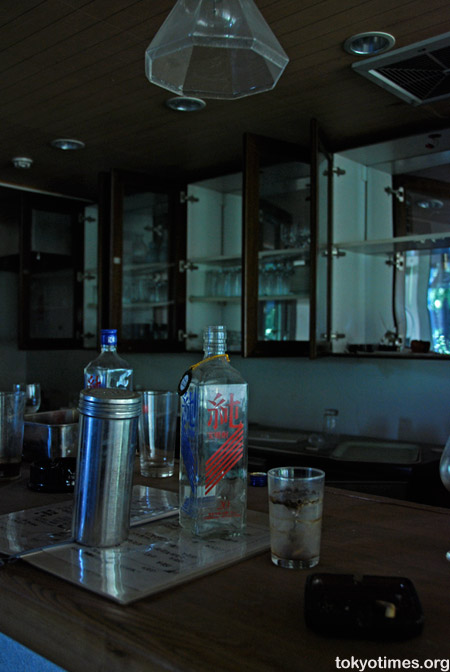 and having one last blow out to add to the already bulging bill. 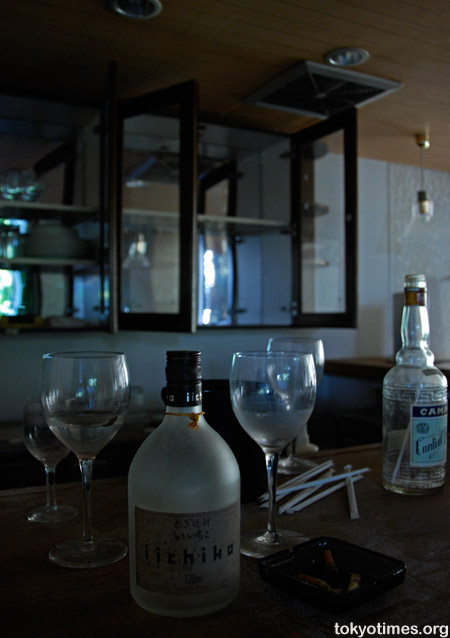 In Part 2, some the the resort’s fast-fading indoor features are featured, including rooms, a pool and the gym. Plus a few pictures of the place blooming in its brief, bubble-era buoyancy. And in Part 3 there are images of Sports World’s huge outdoor facilities, with more ‘now and then’ pictures, including some of the staff.

In addition, for more haikyo, there’s always an abandoned mining town to have a meander through, or even a crumbling cable car for more loan-based lunacy.