For the management team left in charge of somehow steering the doomed Sports World holiday complex away from disaster, the final few years can’t have been much fun, and, as highlighted in Part 1, they didn’t exactly hang around when it all inevitably ended in disappointment.

There again, the rest of the staff it would seem were similarly swift to say sayonara, leaving rooms for the taking to anybody that now turns up. 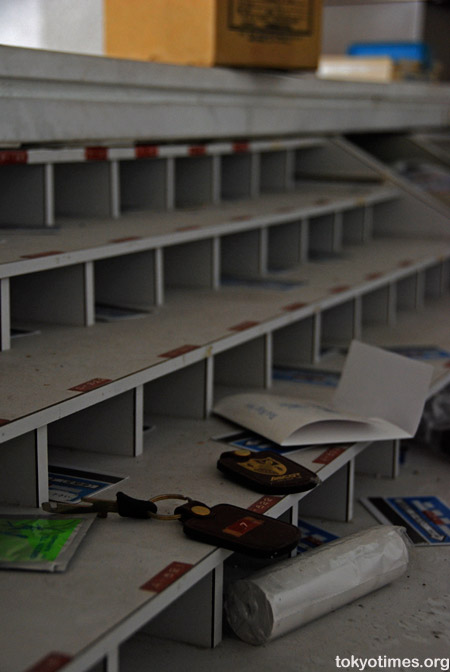 Although those that do will have to nestle down with nature, 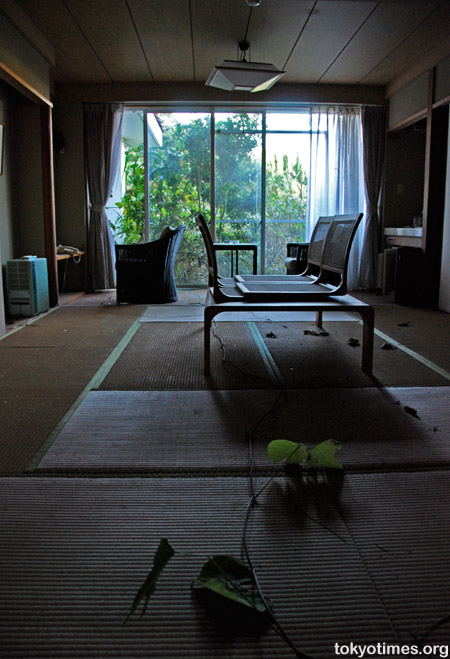 with a few of the balconies now offering far more greenery than guests may feel is good for them. 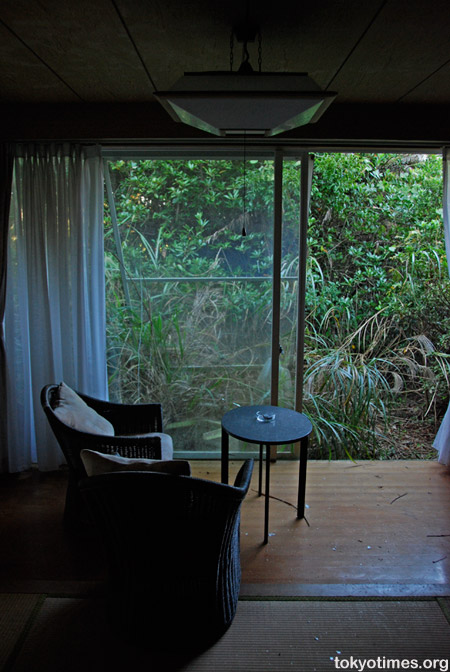 Still, the view, while a little wild, is still welcoming. 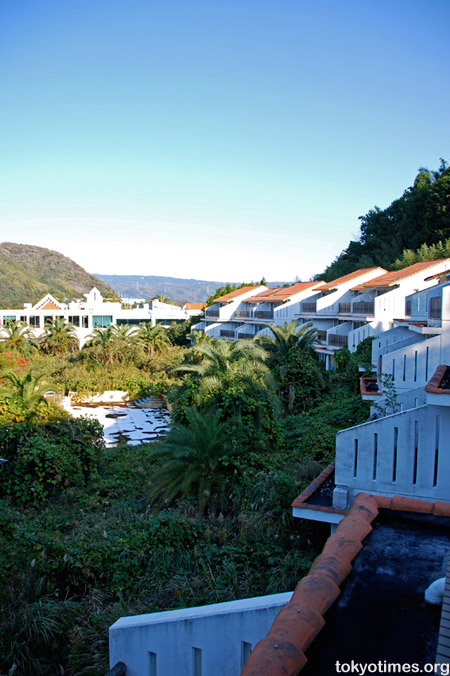 Even if it is a far cry from its much more pristine past. 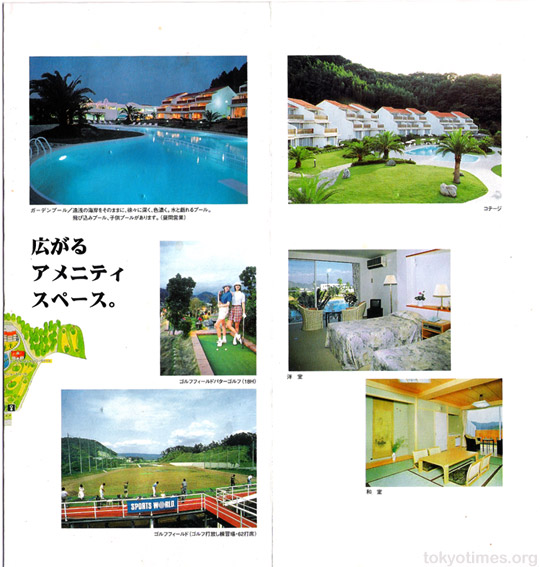 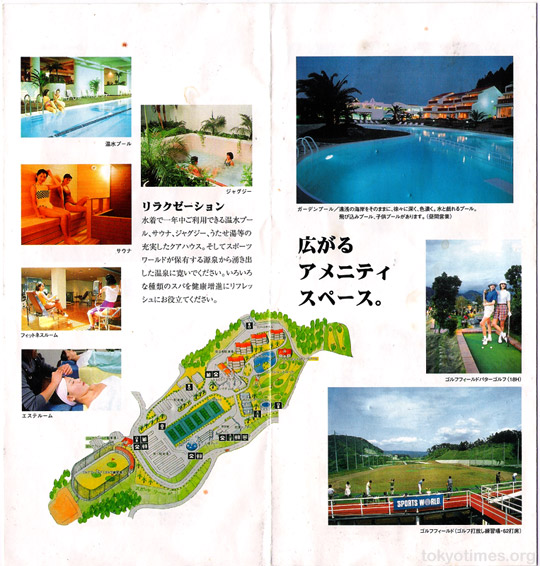 And, as far as indoor amenities go, it’s a similarly sorry story, with the pool not even passable for paddling. 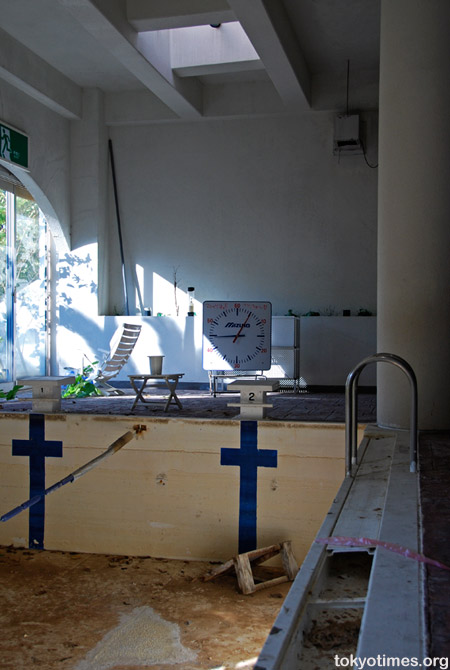 However, that’s not to say it hasn’t managed to retain a certain ambience of sorts, making it a nice place to sit — albeit silently — in the sun. 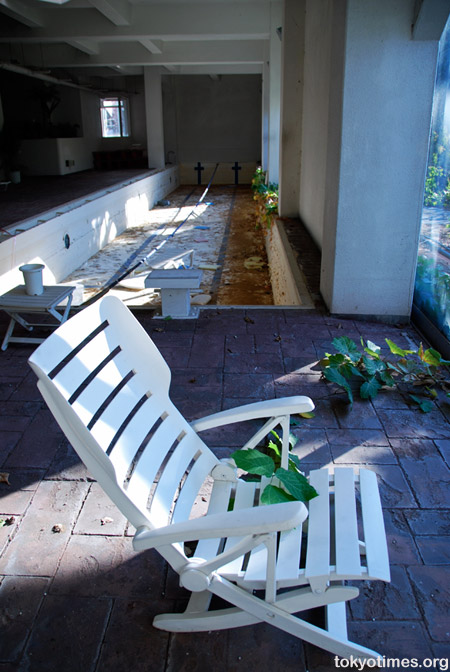 The restaurant on the other hand is really just a wreck, 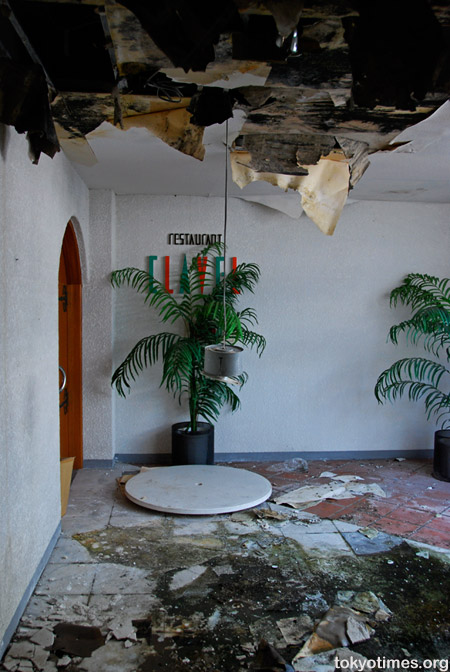 and meals of any kind are completely off the menu. 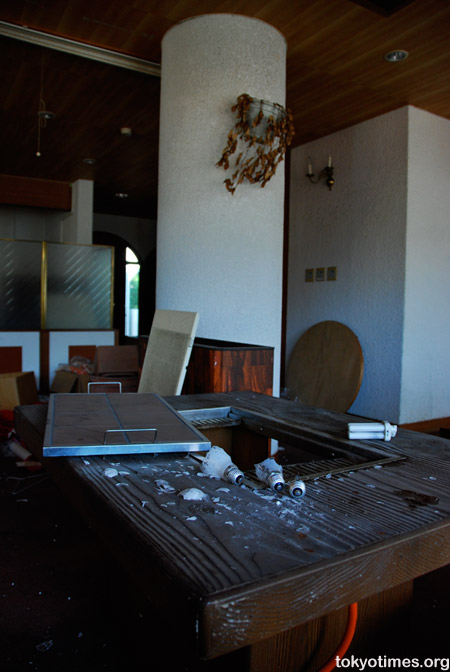 That said, those of a considerably more cleanly nature are surprisingly still catered for, 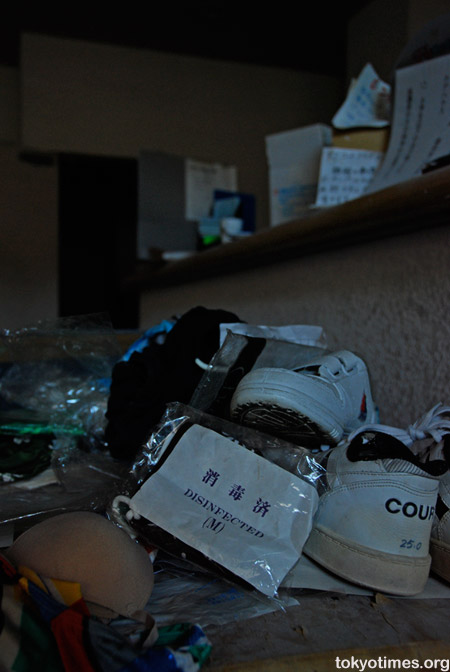 although the showers which, as well as being in a state of disarray, are also decidedly disquieting. 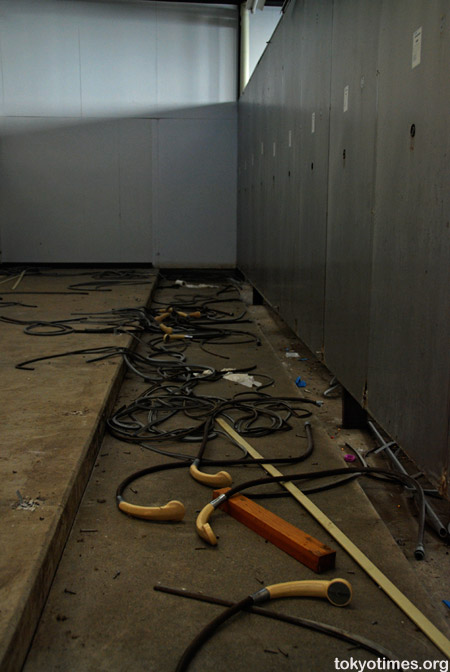 As is the gym, which now arguably resembles a medieval torture chamber, 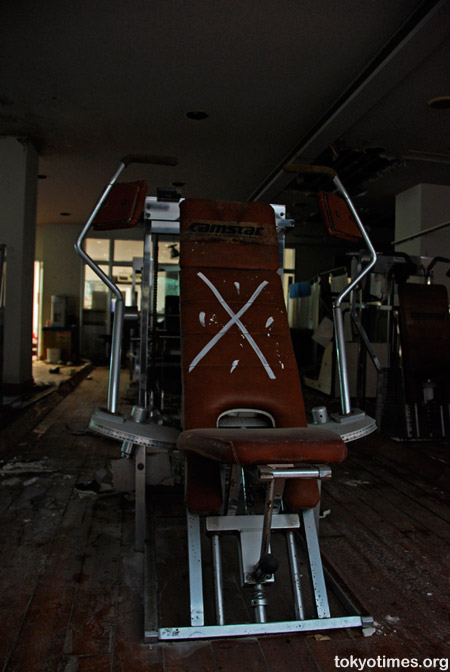 rather than a modern-ish amenity. 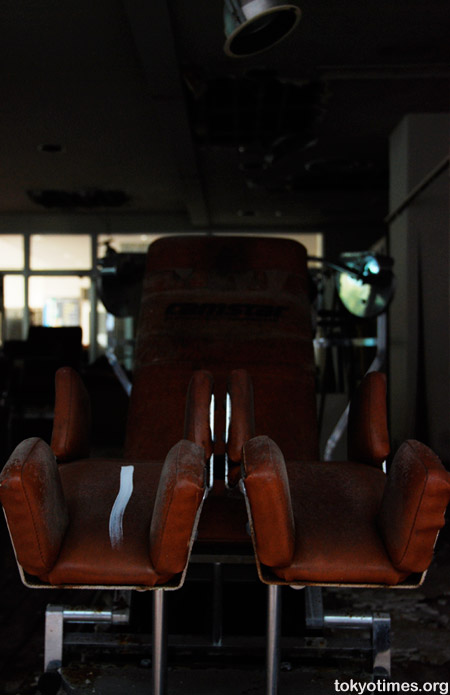 In the third and final part, there are images of Sports World’s huge outdoor facilities, with more ‘now and then’ pictures, including a few salvaged snaps of some of the former, and foreign, staff. Plus, for anyone who missed it and may be interested, part 1 is here.