After featuring Sports World’s fast fading offices and facilities in Parts 1 and 2 respectively, it’s finally time to take a look at the now bankrupt business’s once well maintained, and especially well equipped, world of water. 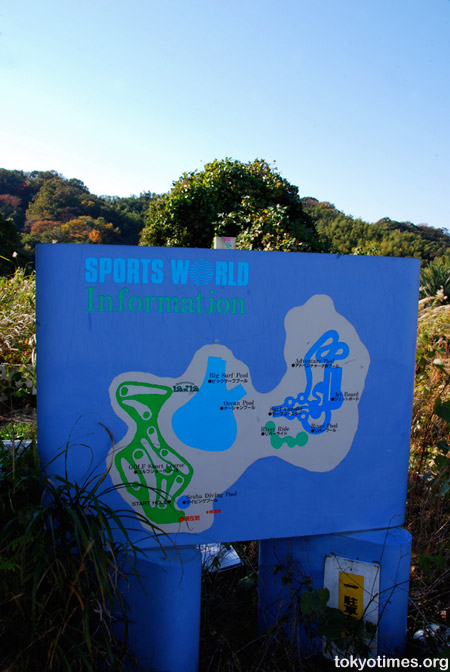 Large, and in a leafy location, the sprawling complex certainly didn’t make any cuts when it came to equipment, but it is now difficult at times to differentiate between what was classed as inside, or out, 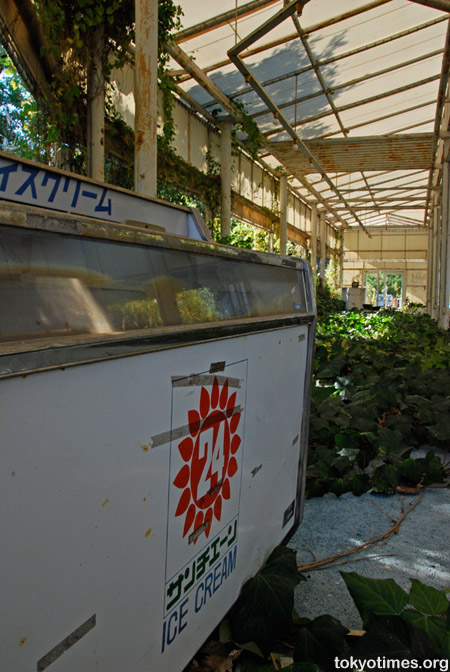 although the main outdoor pools once looked as amazingly lovely as this. 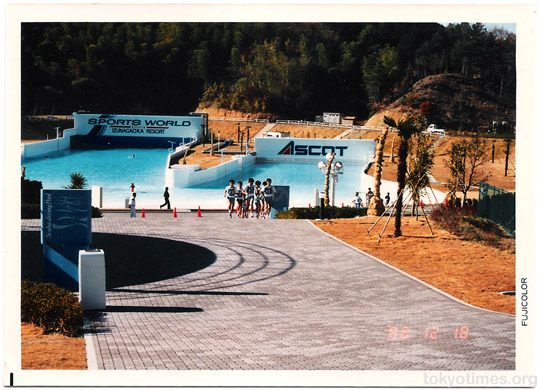 However, a mere decade after the doors were closed, it’s now a decidedly different sight, 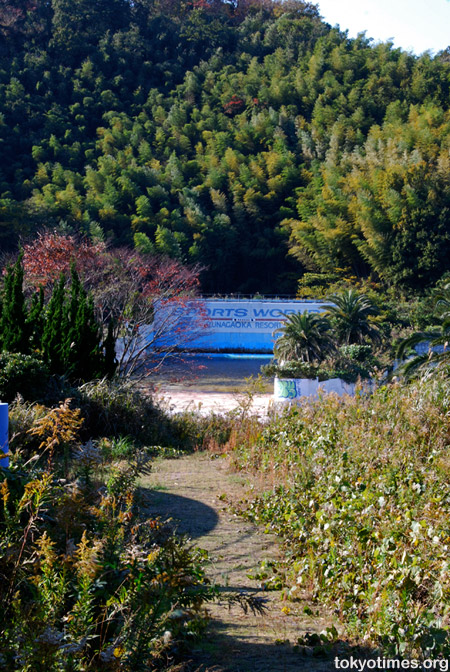 with graffiti rather than good times the main attraction. 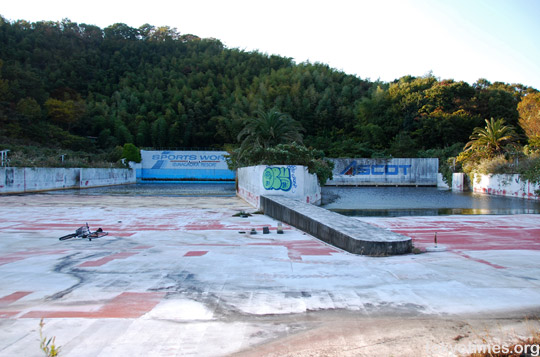 And, rather bizarrely, particularly considering the time period it was operating in, a fair few of the staff were foreign. 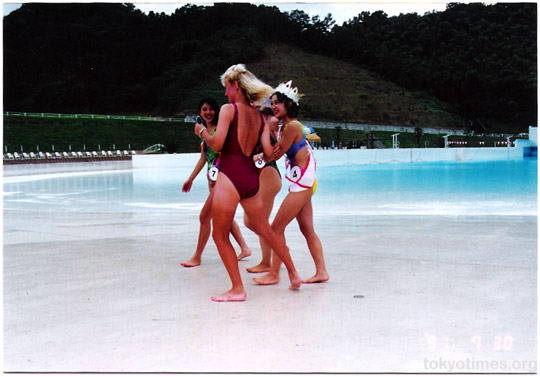 Yet somehow even their blue eyes and bleached blonde hair didn’t do the business, especially if one considers that the above picture was taken only three years after the complex opened. So, even if the place now looks very different, there’s at least one thing that the current state still has in common with its past — a considerable lack of customers. 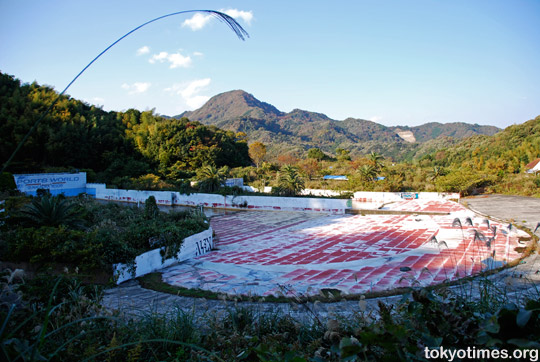 Meaning that despite its size, there’s a distinct possibility that the slide seldom saw much use. 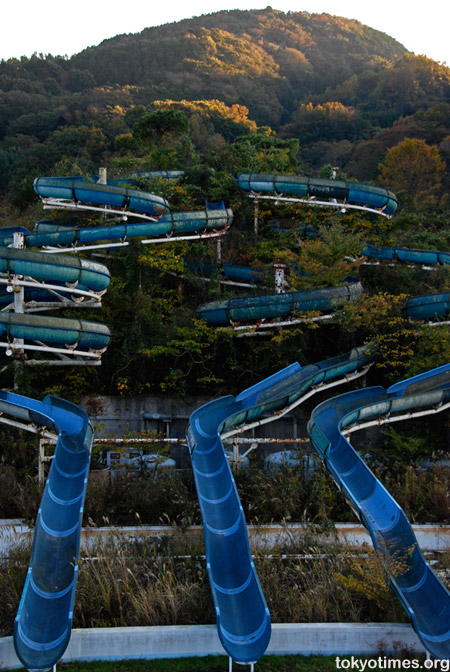 Although considering the once movable medical facilities, 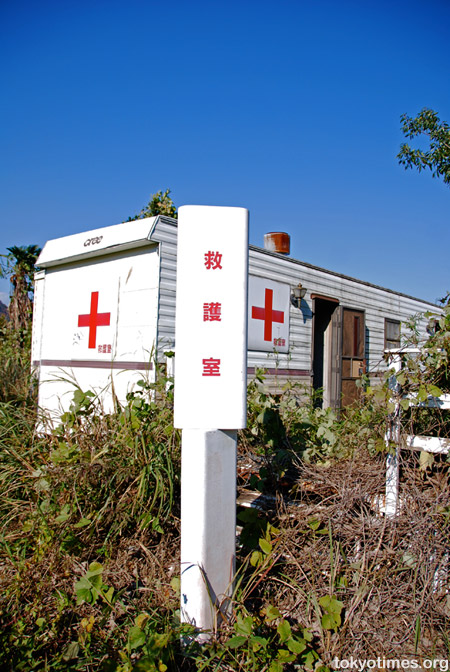 that was maybe just as well. 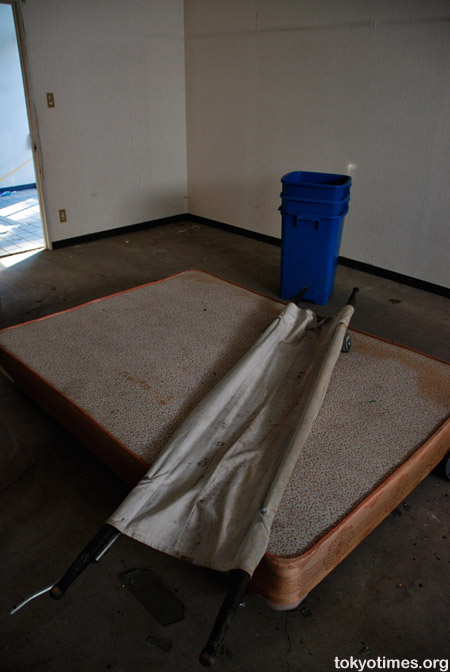 But, regardless of how pathetic the place has become, it’s nice to see that politeness, however put on, is still paramount. 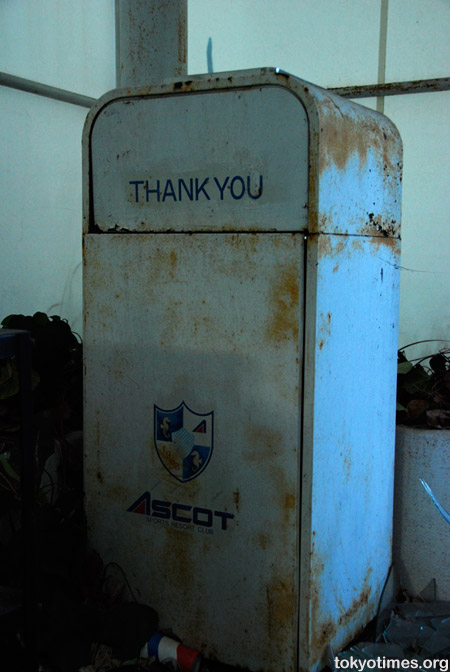 And that, at least as far as Sports World is concerned, is that. But, for those who missed them and wouldn’t mind a meander, parts 1 and 2 can be found here and here.