Standing big and bulbous at the side of Sagami-ko in Kanagawa Prefecture, the Hotel Royal was hungrily looking to penetrate the lucrative love hotel market, but after functioning for what must have been a pathetically short period of time, it pulled out prematurely, apologised, and packed up — at least partially. 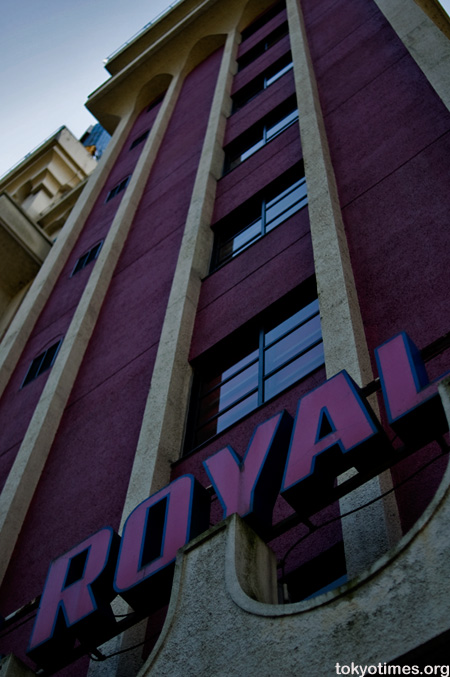 A sorry state of affairs that has left the office furnished but unfrequented, 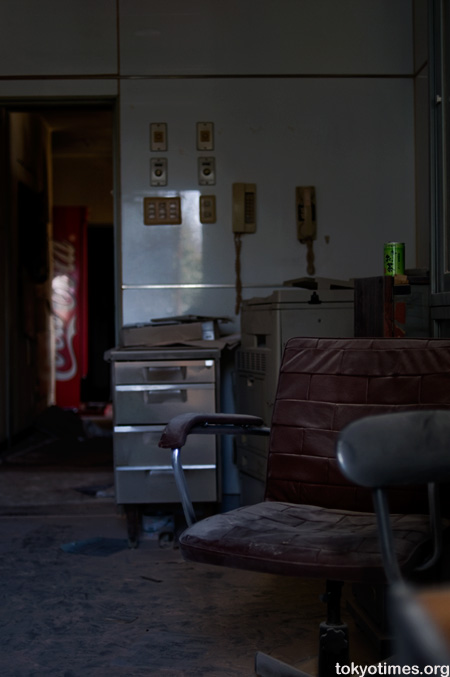 and the keys for the considerable number of rooms uncalled for. 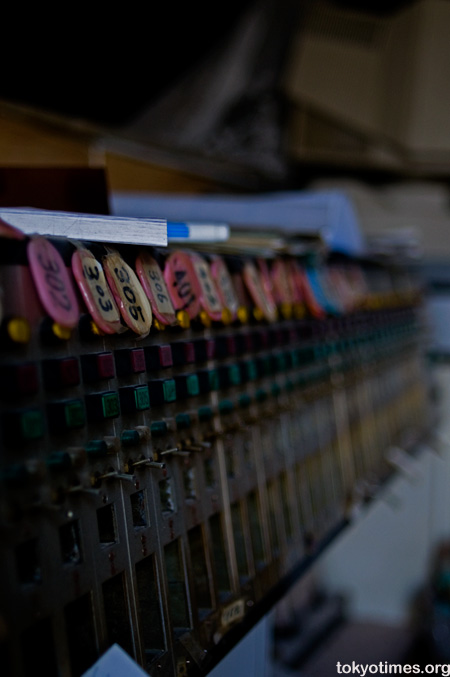 However, heading up the stairs, the decor does begin to deteriorate, with all the lager long gone, 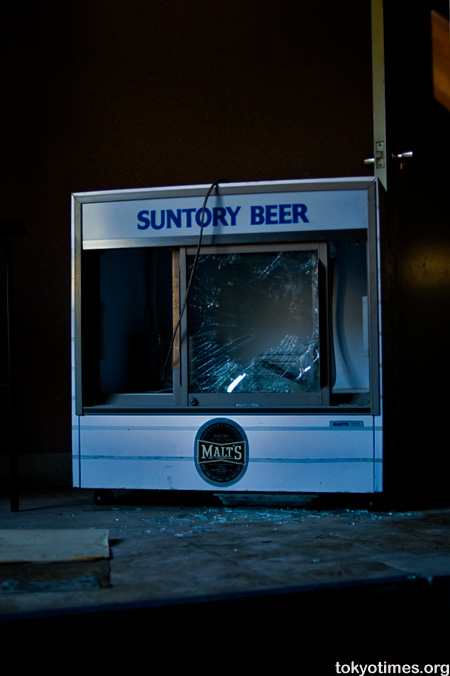 and a situation health and safety would be somewhat unsatisfied with. 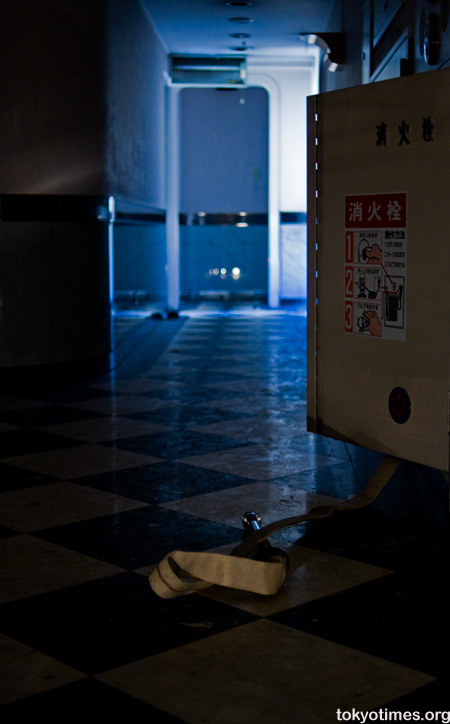 But that said, the rooms themselves remain surprisingly unsullied, 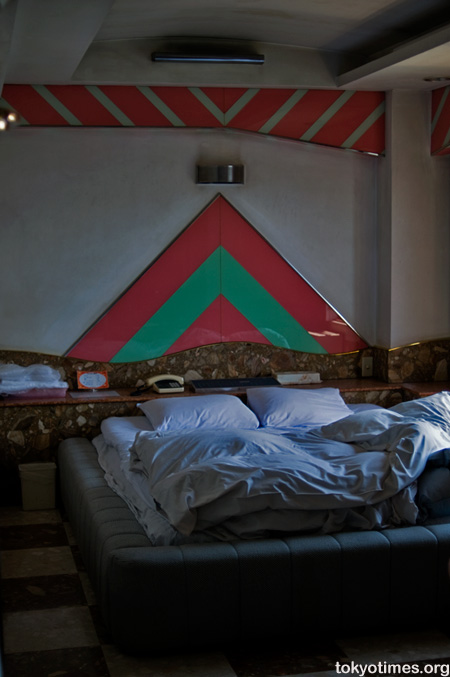 although their nobility in name only, 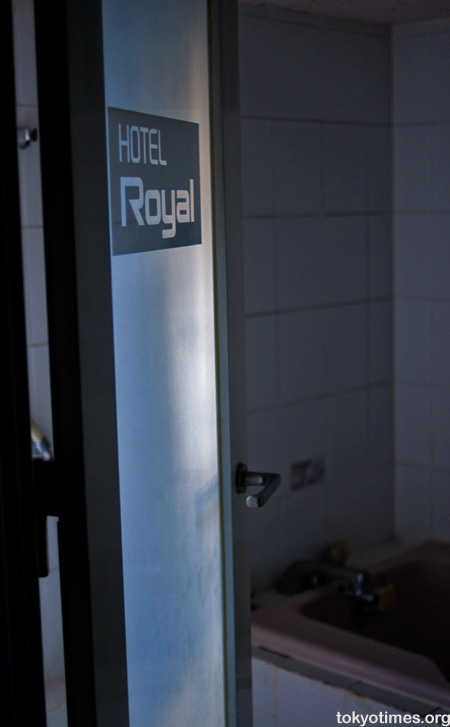 perhaps hints at why the business went bankrupt. 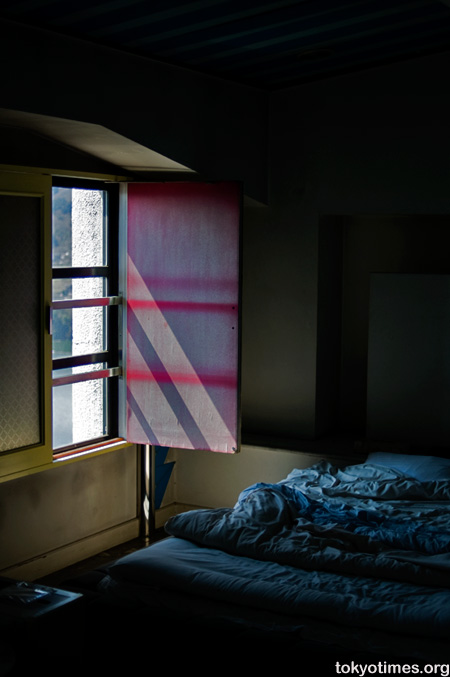 And even reminders of the reason they were rented out, 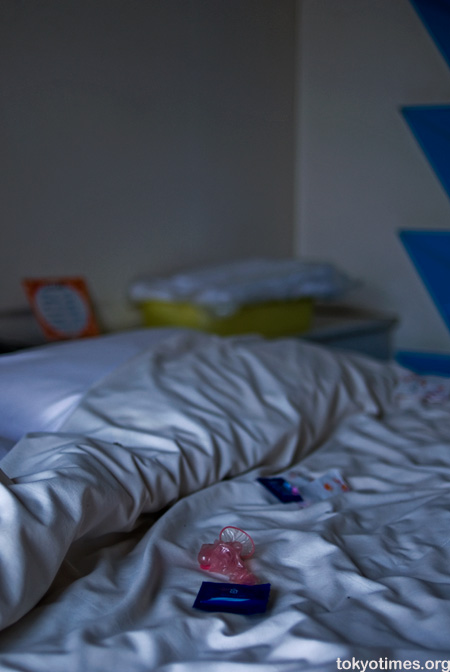 thankfully remain as unused as the rooms once were. 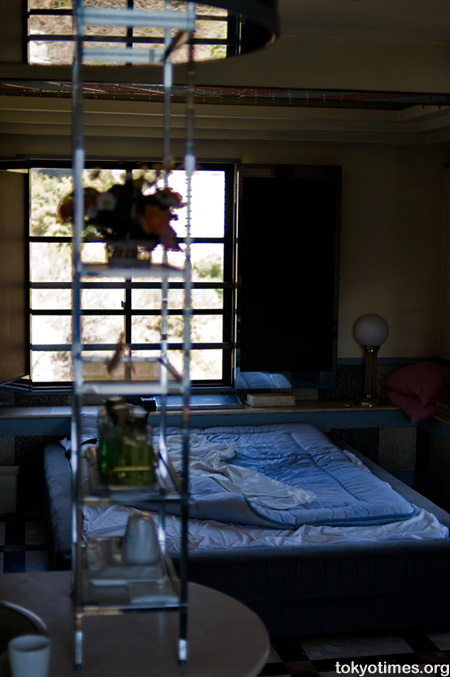 A situation that may also have had something to do with the Royal taking the unusual step of incorporating a restaurant on the top floor. A space that is now little more than a dumping ground for detritus of all descriptions, 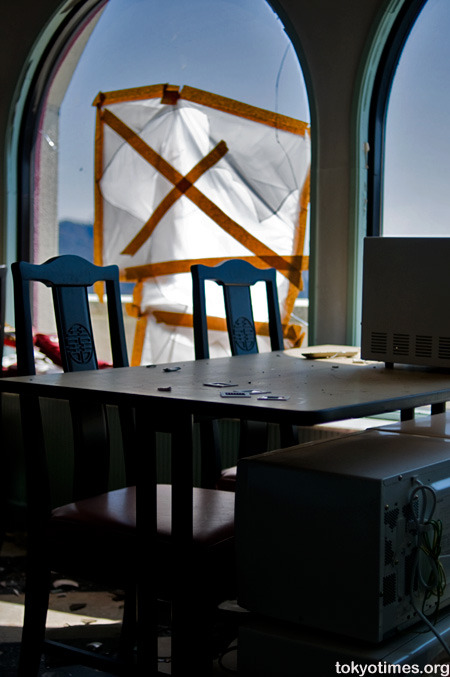 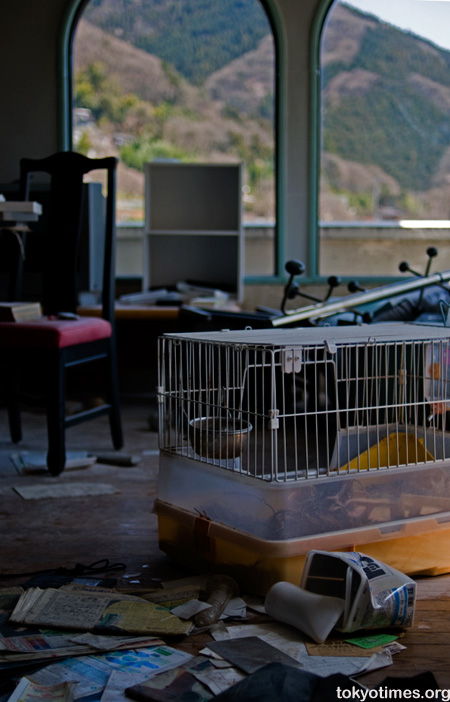 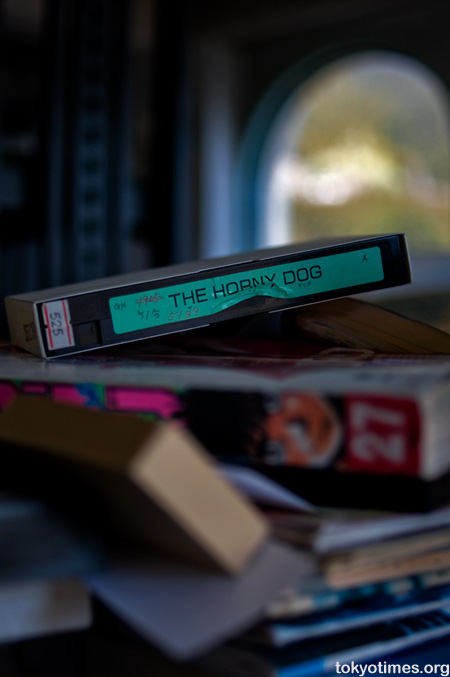 or even the performances of Pussyman 3’s predecessors. 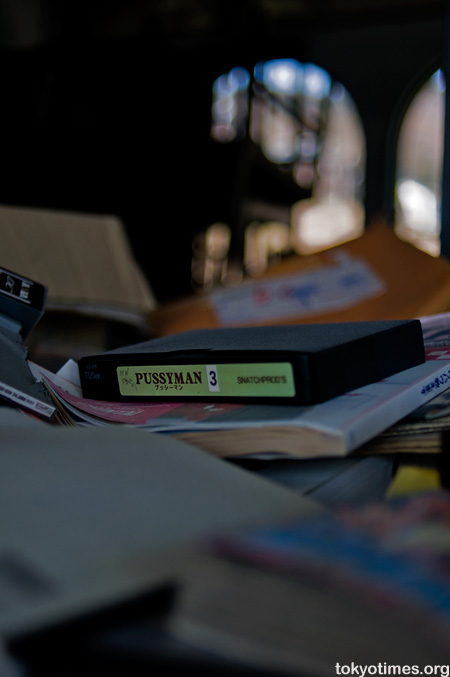 Big thanks to Mike for giving me the location of the hotel, and his pictures of the place can be seen here. Plus, for those after more ruins/haikyo, there’s always the previously posted mining town, cable car and Sports World hotel complex to have a look at.