In some cases, urban art can justifiably be labeled as vandalism, but French practitioner Invader’s mosaics are firmly in the art camp. Or if not, they are certainly more fun. 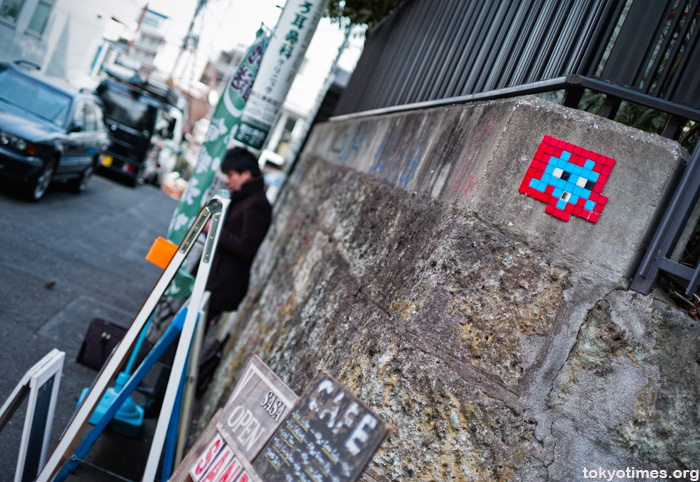 He ‘invaded’ Tokyo around a decade ago, leaving behind what appears to be a large number of his creations dotted around the city. Some of which have obviously disappeared. While others have been painted over. But a few have thankfully survived. A measly three of which I’ve managed to photograph.

Pieces that are sometimes fairly obvious. 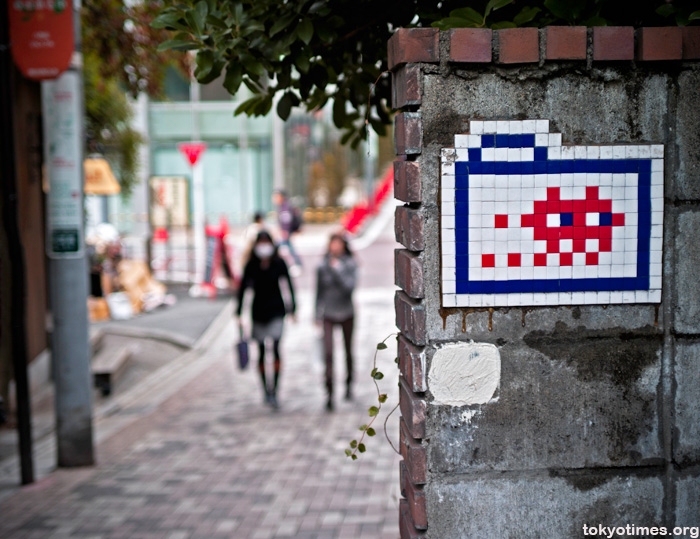 At other times not. 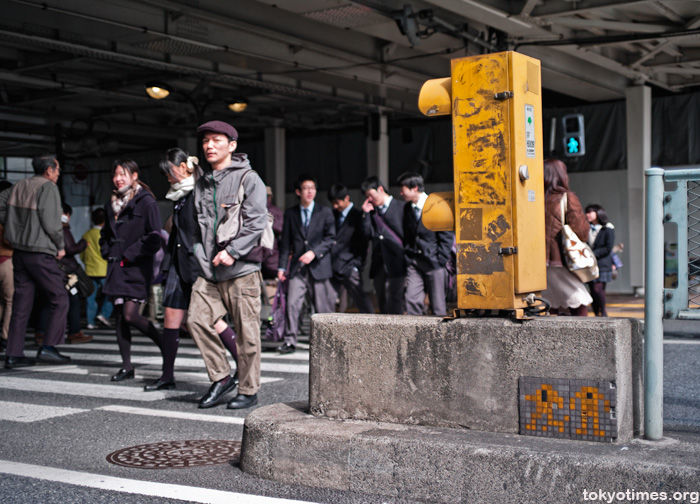 But are always a pleasure to see. 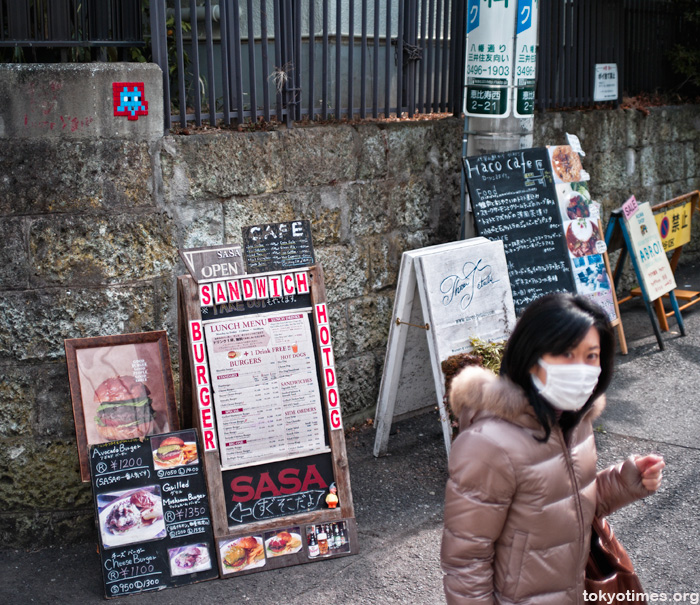