For the vast number of Japanese dogs, especially those of a diminutive nature, being pampered is commonplace — compulsory even; a practice that sees canines carried, carted about and even coloured, as well as being cooed over and constantly surrounded by cacophonous cries of Kawaii!

And yet that said, there are exceptions. Like this poor little fella for example. 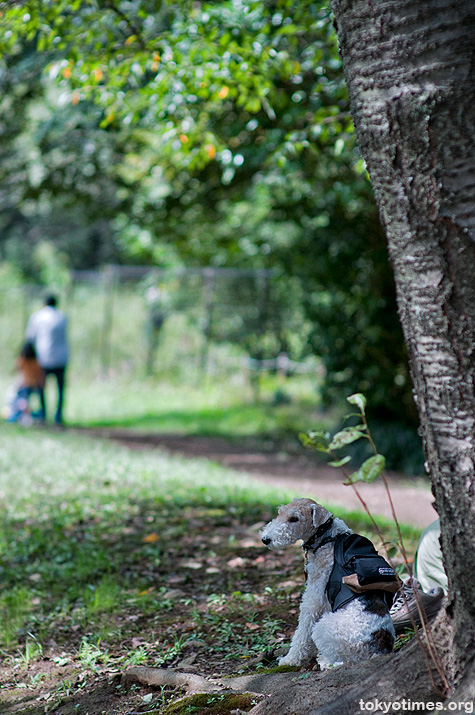 As, not only is he equipped with his own backpack for carrying the essentials that no discerning dog would be seen without, such as a ball and a bone maybe, but he also has to stand guard, mind-numbingly watching over his masters while they sleep. 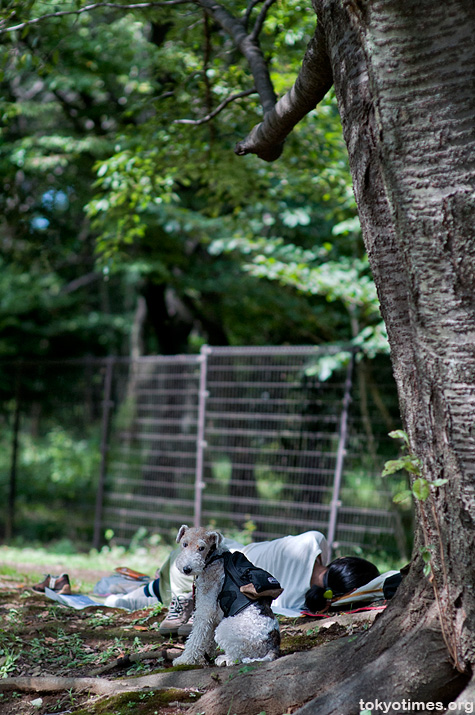 A situation that he clearly wasn’t pleased about, and one that definitely doesn’t beat dashing about after that ball that he actually took the trouble of taking in the first place. 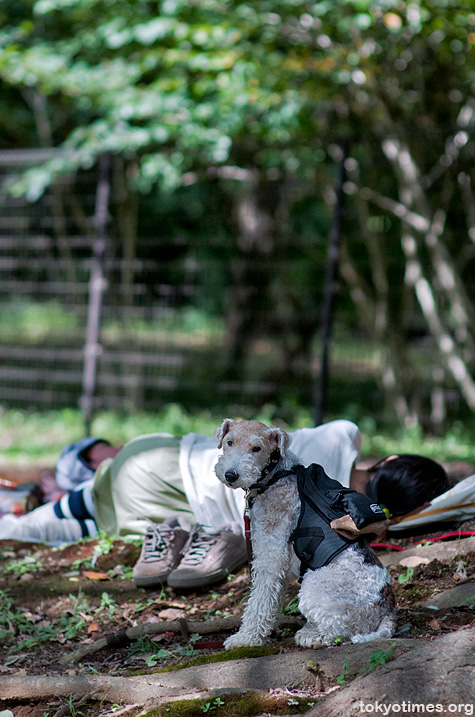