Having recently visited Tokyo and realised that city planning is somehow seen as unnecessary, I was wondering how people find wherever it is they are supposed to be going? Ok, so admittedly a lot of cars now have navigation systems, but if you don’t have one, or happen to be on foot, what on earth do you do?

Struggle most of the time John, although with the vast majority of restaurants and shops now having websites, detailed directions are often easily obtainable.

On the other hand, finding a friend’s house or apartment for the first time can be a fiendishly frustrating task, with a multitude of â€œWhere are you now?â€ text messages and ever more manic calls a predictably familiar ritual.

That said, if you do manage to get in the vicinity of your destination, neighbourhood maps are fairly abundant. But as this one amply proves, they aren’t exactly user friendly. 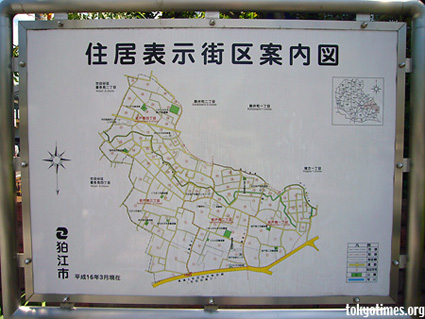 So invariably it comes down to landmarks, such as nearby shops and convenience stores. Like this fairly nondescript apartment building to the right for example, as those living there can help would-be visitors by saying it’s next to the petrol station.

Or alternatively, above the opticians.

However there are no shortage of such places in Tokyo, which makes the task easier but not exactly trouble free. So in what will hopefully become a new trend, the owners have rather thoughtfully opted to position an oversized ornament on top of the building, allowing them to also add that it’s just below the giant gorilla. 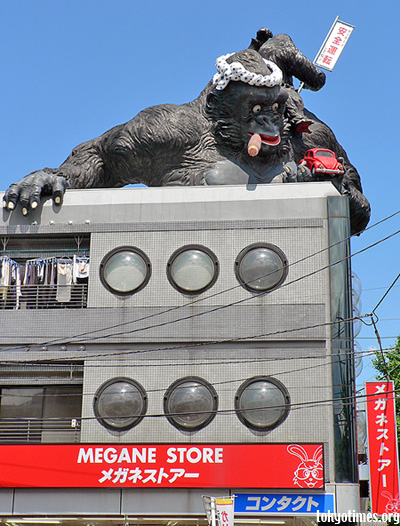 A decidedly drastic approach it has to be said, but one that does its job and at the same time helps take attention away from drying laundry. 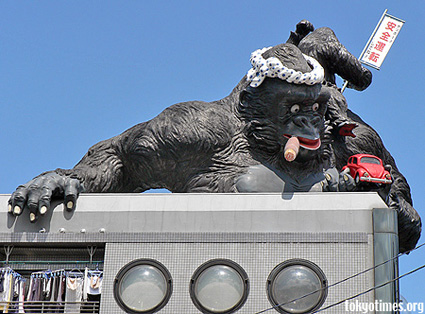