Having recently rewatched Lost in Translation, I was wondering if western movie stars are still used a lot for advertising in Japan, or has the country’s economic problems meant that companies are less willing to pay out huge sums of money for a famous foreign face?

Whilst the hey days of fading film stars flocking to Japan for fat pay cheques may well be over Joe, the fairly recent upturn in the economy has created more openings for the money-obsessed mega-star. David Beckham for one has amassed an absolute ton of money making comically bad commercials, and Cameron Diaz is now, quite literally, big in Japan.

Yet with the purse strings still relatively tight for many companies, far from famous foreign faces are often the only feasible option. Like mobile phone navigation operator, Navitime, which unfortunately has been forced to make do with an unknown fella with unfashionable facial hair. 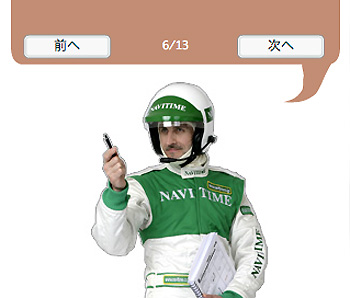 His fees presumably much more of an issue than his moustache. 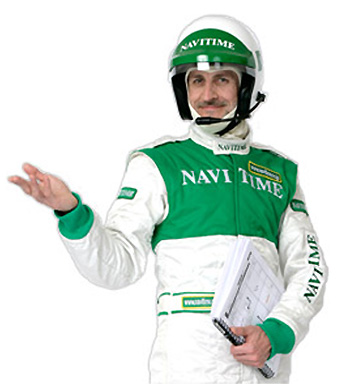 And there is also a lot of similar work out there for the ladies, although whilst this bikini-clad beauty is thankfully free of dated facial adornments, in these days of political correctness, her picture has a similarly retro feel. 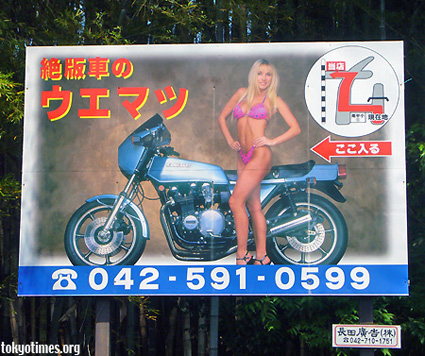 A campaign that perhaps doesn’t have the same impact as the one by Ms Diaz, but it does have a certain charm. The only blemish being the supermarket advertisement next to it, which can be a little distracting. 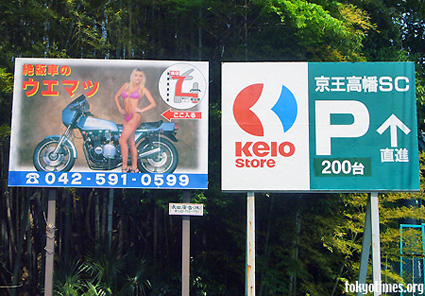