Sadly, the image of a young Japanese lady straddling a motorbike and baring a bit of leg is likely to suffer at least some sort of schoolboy-like lewdness, with more than the odd mention of throbbing engines, opening up the throttle and the almost obligatory chortles of chopper. 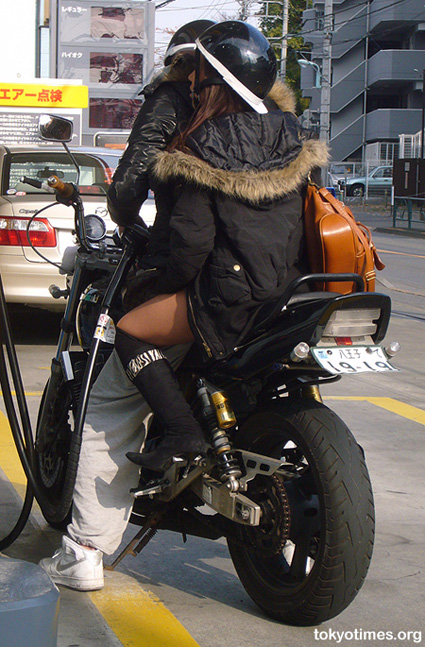 Thankfully though, such tabloid-style titillation has no place whatsoever on Tokyo Times, as it’s merely a picture of a young couple on a bike at a petrol station. The man in charge simply attempting to shove the nozzle into his ride’s tank with the hope of filling it to the brim and then shooting off as quickly as possible.