With countless Japanese television appearances under his comfortably fitting belt, along with rave reviews from Tokyo’s more rotund residents, the fame of fitness guru Billy Blanks would appear to be far from fleeting, despite Japan’s fondness for fads. In fact, the unprecedented popularity of Billy’s Boot Camp has propelled the six-pack-sporting star’s DVD to the dizzy heights of third on the list of hit products for the first half of 2007. The mega-selling exercise regime only being edged out by the big business behemoths of flat-screen TVs and game consoles. 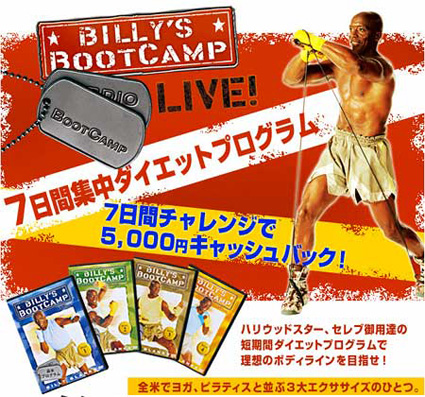 Yet regardless of how often they work out, many of those who bought the DVD will never have a body like that of their hulking hero. On the other hand, for substantially less than what they paid for the programme itself, they will be able to look just like him. This fabulously realistic mask and body suit causing many customers — admittedly of an elderly nature and a need for glasses — to believe that the man himself was actually amongst them. 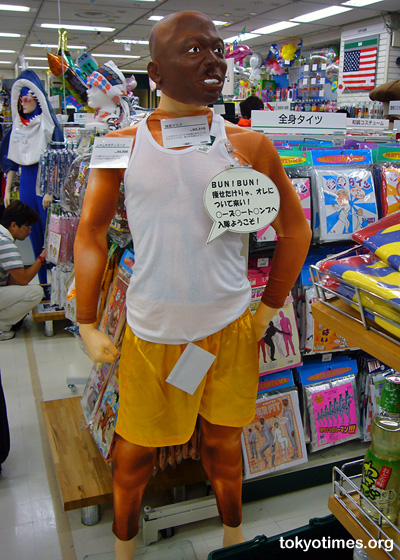