Having announced the Japanese release of its gargantuan Gundam figure quite some time ago, Bandai now appears to have deemed it necessary to display the titanic toy in shops to boost sales — although presumably only in the nation’s larger outlets, as standing at a whopping 1.5 metres, it does take up a fair bit of space. 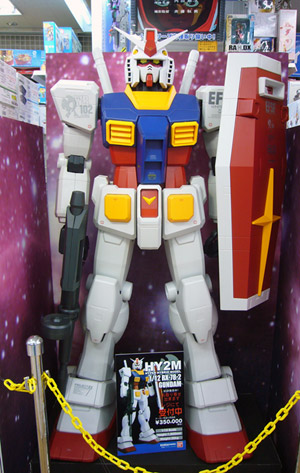 Whether the display’s puny plastic chain is to protect the figure from customers — or even the opposite — isn’t exactly clear, but with a price tag of 350,000 yen ( 1,470 pound), safety measures are certainly sensible. 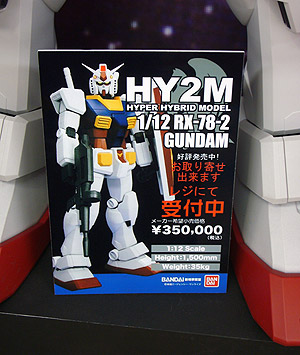 A toy that whilst lacking any large label lustre, is surprisingly popular amongst ladies of a Lilliputian nature. 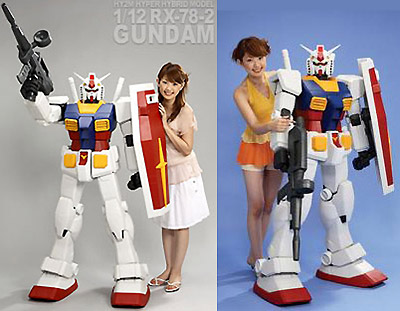 A love of large weapons perhaps?