For reasons unknown — although it may well have something to do with late teens in tiny tartan skirts — the Japanese high school girl look is one that is often copied and clandestinely catered for, along with the availability of a veritable cornucopia of costumes aimed at pandering to such passions. 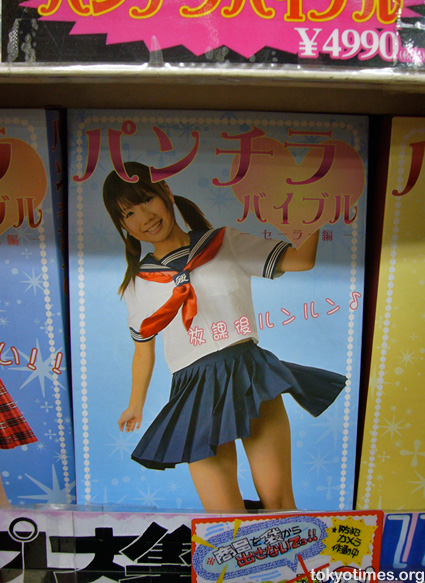 Meaning that such raiment features regularly in magazines, 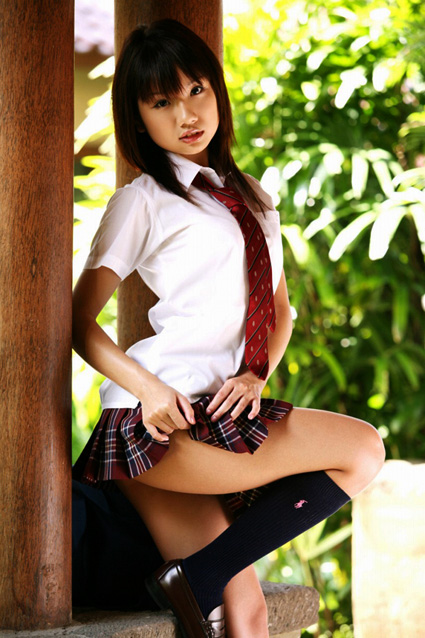 and maybe even more so in men’s minds, 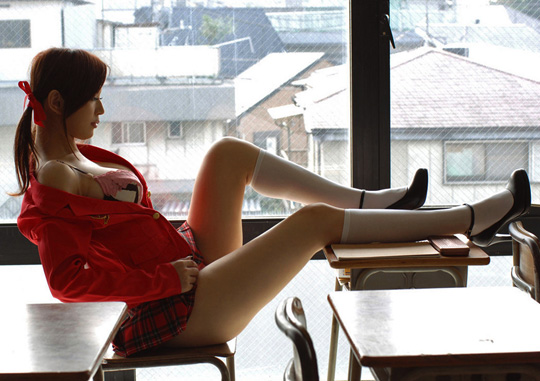 although generally it doesn’t involve the inclusion of brief-baring blokes, Sesame Street-style silliness and a pipe protruding from the model’s mid-rift. 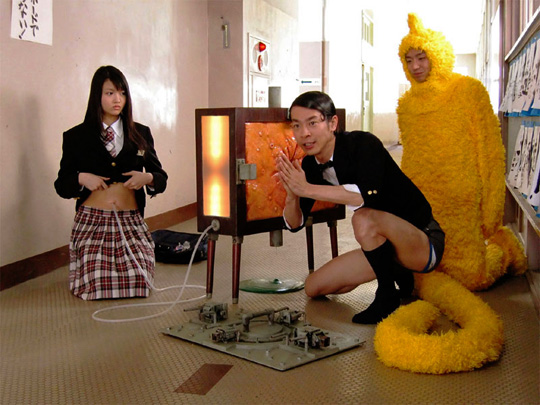 Or maybe I just lack imagination.