Having somewhat unsteadily stepped onto the abandoned buildings (haikyo) bandwagon with a rummage round a ramshackle restaurant along with a look at a long since used love hotel, the discovery of a dismally decaying hospital was a delight. 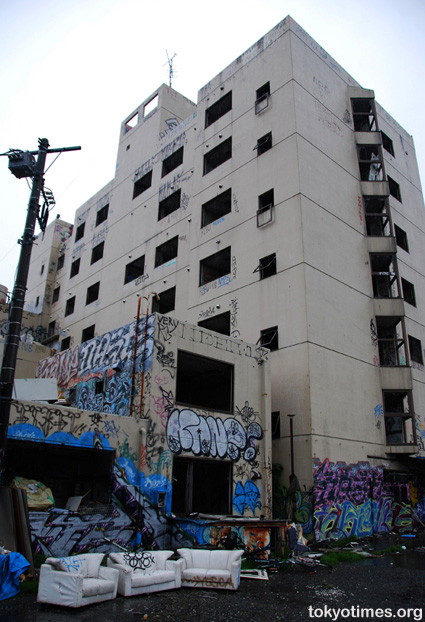 From the building’s exterior, the far from pristine nature of Keishin Hospital is painfully clear, and inside, a mixture of plants and people have taken their toll, with greenery, 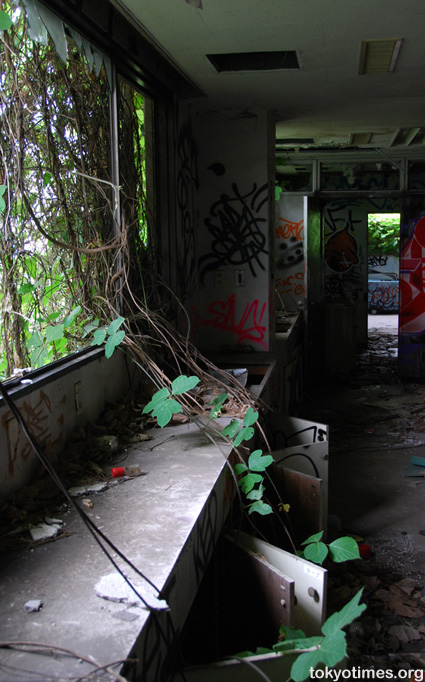 and especially graffiti, in the ascendancy. 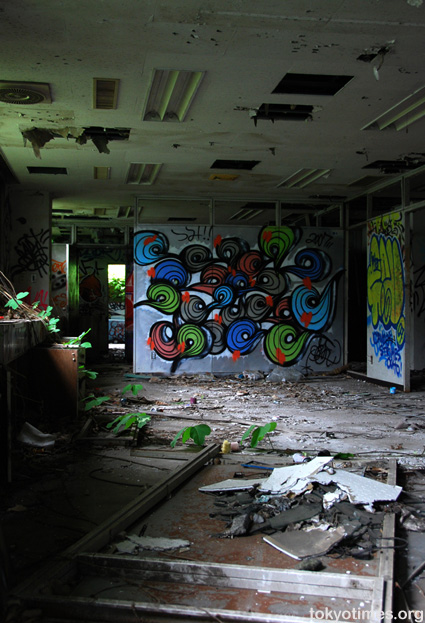 As a result, the reception area is presumably more colourful than it once was, although it was hardly patients aplenty. 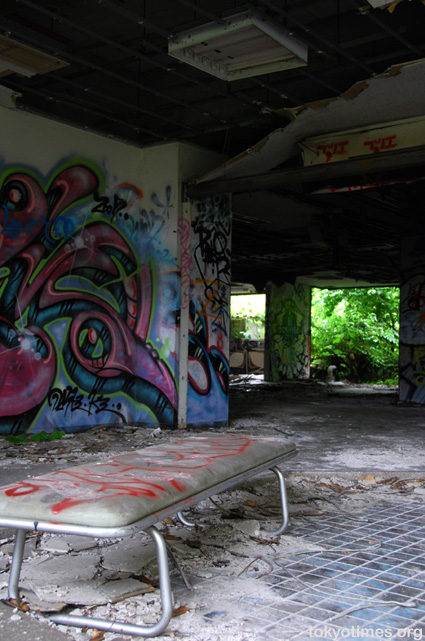 Which, considering the awful state of the apparatus, is perhaps as well. 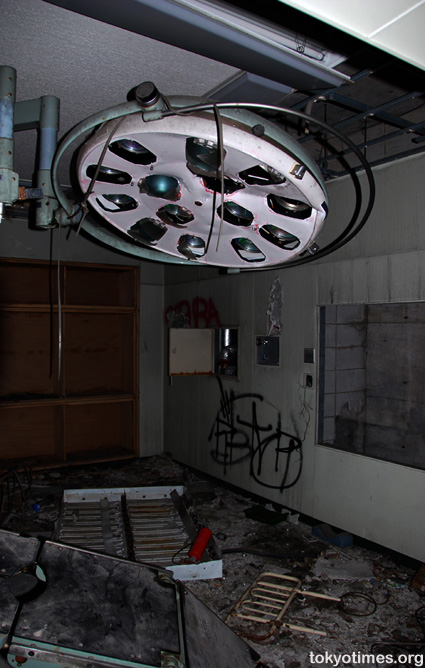 And, on the lower floors at least, less creative creatures now cast a long shadow, 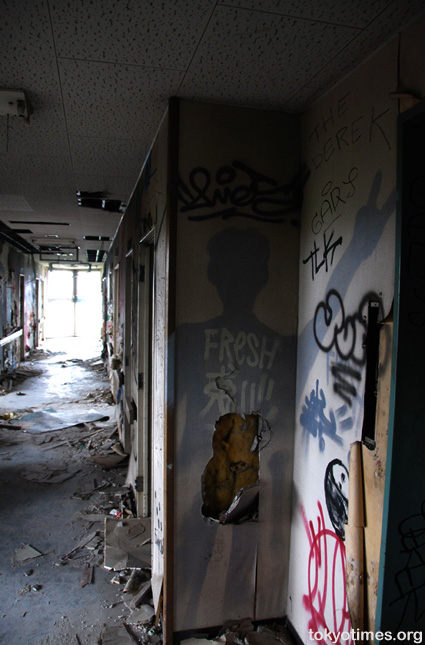 having wreaked havoc on the blighted building — the kitchens, 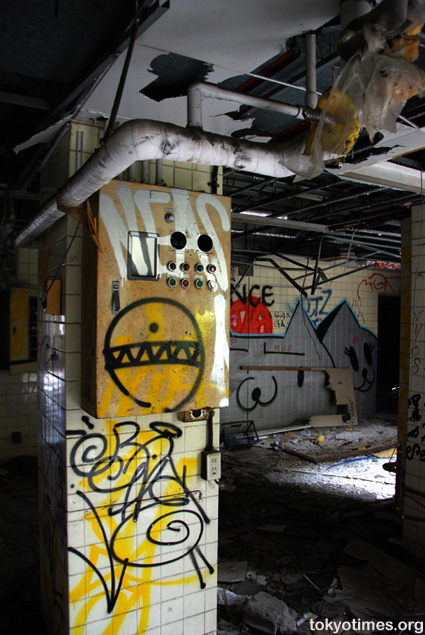 and corridors in particular, 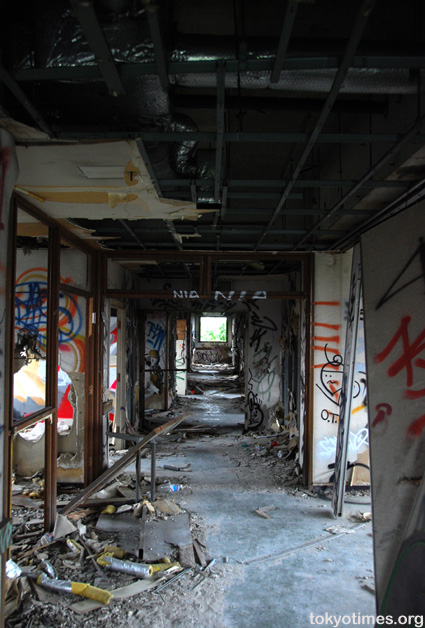 offering little of their past life. 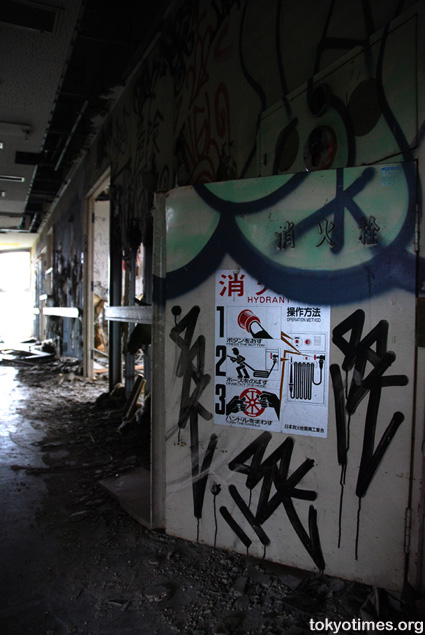 But although the lift was very much out of service, 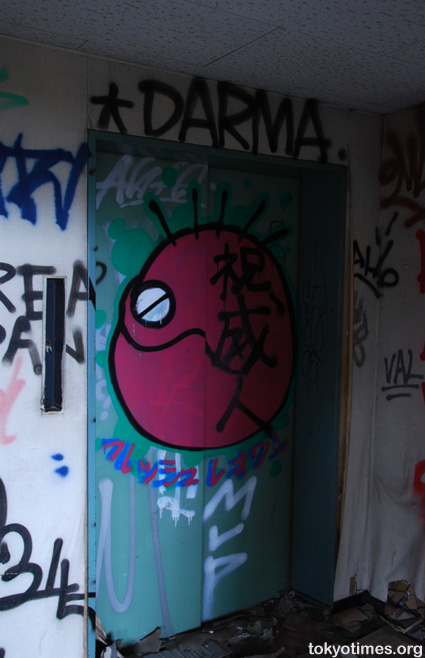 the stairs were still accessible, and higher up, 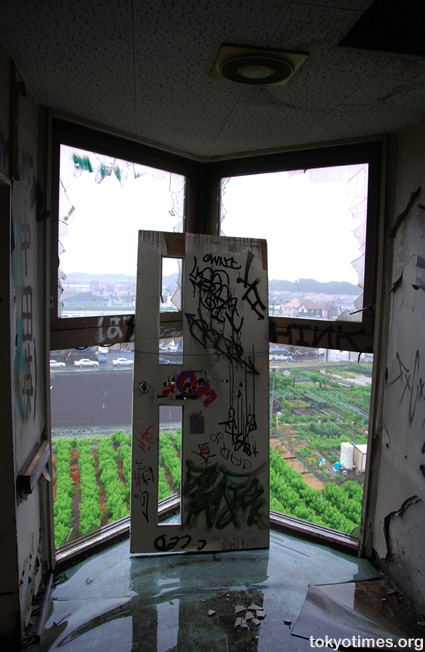 artwork rather than annihilation was much more to the fore, with a fare amount of it of a phenomenally high standard. Photos of which, can be seen here in part 2.