Despite masses of coverage in the media, Japan’s birth rate remains stubbornly low, with some predictions claiming that the current population of 127 million will fall to somewhere in the region of 89 million by 2050. A transformation that may actually make catching a train in Tokyo more tolerable, although on the downside, the almost inevitable staff shortages could well result in carriages under the control of overworked octogenarians.

However, a somewhat unsettling future aside, even those currently having kids aren’t always exactly overcome with emotion, as, going off this garment, some people are seemingly more pragmatic than passionate about their parenting. 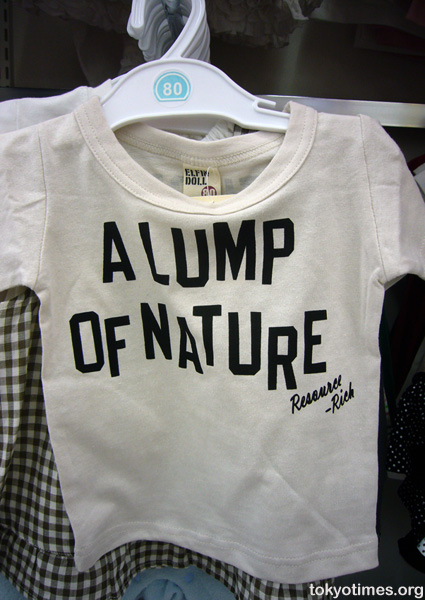