The decision to introduce a ‘baby hatch’ for unwanted children in Kumamoto, southern Japan, has been a controversial move to say the least, and it now looks set to produce even more publicity, as only hours after opening, a nowhere near newly born boy was found to have been abandoned there. 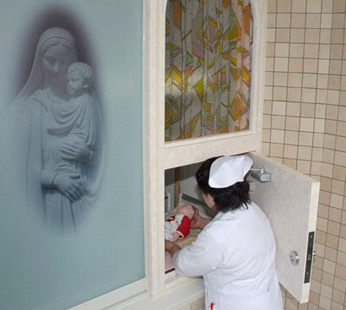 However as he is already three years old, the youngster looks set to stitch-up his parents sooner rather than later, having already told officials his name and that he travelled to the hospital with his father.

Yet due to Japan’s fascination with all things faddish, many people are worried that harassed mothers and fathers from all over the country will soon be following suit and hot-footing it to Kumamoto to ditch any particularly challenging children, with rumours circulating that a few enterprising females have already organised a pick up service for those somewhat pushed for time.

A story that whilst sounding sensationalist could well be confirmed by this covertly captured picture. 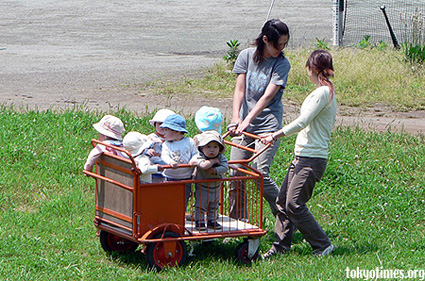