Whether the arguments put forward for a lifting of restrictions are due to cultural or culinary concerns, Japan’s yearly culling of a limited number of protected whales for ‘scientific purposes’ is laughable to say the least. A stance that is even more suspect when one looks at the numbers involved. And then of course there is the huge amount of ‘by-products’. So much so in fact that children are being fed whale meat for lunch, burger bars are putting it between buns and supermarkets are flogging the stuff fresh or in cute little cans.

Yet whilst the unrepentant fisherman of Wada in eastern Japan may not win the hearts of many people due to their hunting of whales not on the protected list, they certainly can’t be accused of the same kind of hypocrisy. As like it or not they are legally allowed to do it — no spurious subterfuge needed. 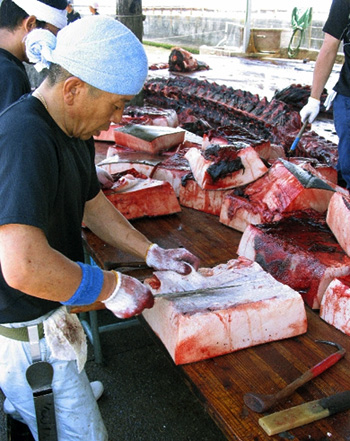 Although that said, whether their recent butchering of a bottlenose whale is a suitable sightseeing spot for a school excursion is debatable to say the least. 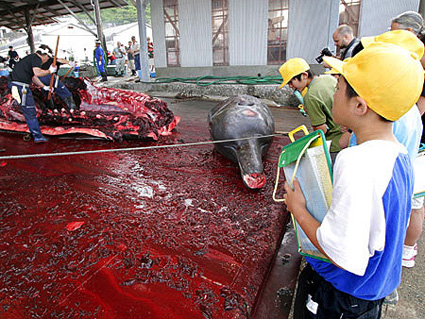