Japan’s high-tech toilets are often featured by the foreign media, but whilst well aimed washlets and the like are all well and good, the simple heated toilet seat is still the biggest bonus of most bathrooms. A water closet wonder that is even more welcome now that winter is well on its way, making the commode a terrifically comfortable place to type a few tweets whilst tackling a turd, or even dabble in a doze when doing a dump.

And for those who like to indulge their love of literature at the same time as offloading a log, help is also at hand, so to speak, as toilet giant Toto has opted to produce some paper featuring flowery language rather than flowers, allowing the perusal of a few poems when performing a poo. 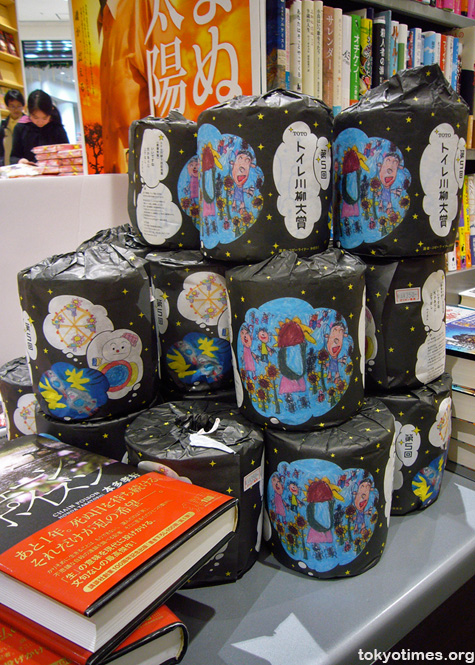 Or, to be slightly more specific and somewhat less subtle, a shit and several senryu.