For the first time in Japanese judicial history, ordinary people will have the chance to help convict their fellow countryfolk next year, when the government is set to introduce a lay judge system, with six such citizens sitting in with three of their qualified counterparts.

A hugely important decision that is now being celebrated — albeit somewhat prematurely — by the release of some law-based lingerie. 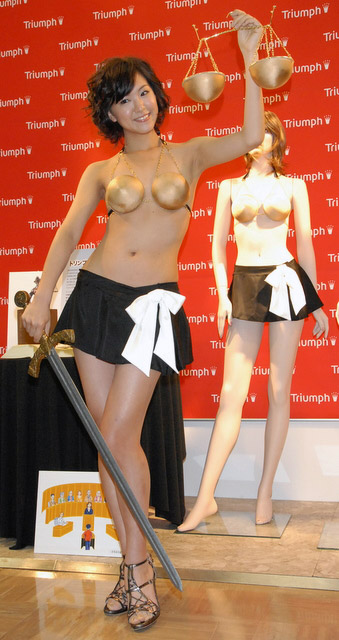 The design by novelty bra behemoth Triumph International perfectly capturing the even-handedness that will come from passionate and particularly upstanding people. 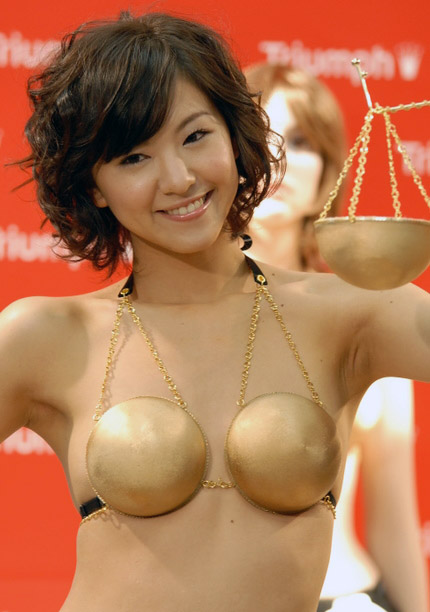