With shopping in Japan being a semi-official sport of sorts, customer loyalty is a key concern, and as such, store cards are commonplace, meaning points really do mean prizes — or even cash equivalents.

It’s a practice that has also been adopted by the country’s constantly growing number of maid cafes; however according to WIndbell, instead of offering a cost-free cup of coffee or some cake on credit, patrons are urged to build up their points — over a presumably long and frustrating period of time — and then spend them on pictures of the most fetching maid.

And by the looks of it, this cafe loving client happily splurged all of his stored up points. Rapidly releasing them, so to speak, in one quick but satisfying shot. 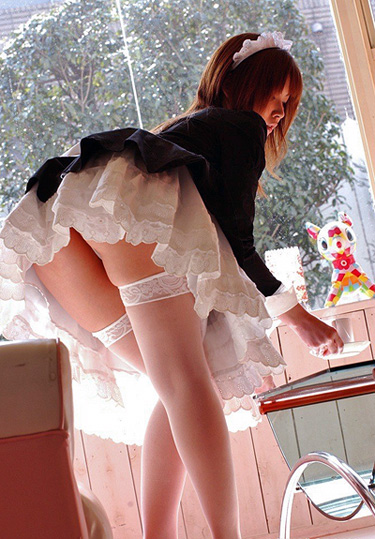