When February 11th (National Foundation Day) rolls round, I always feel compelled to go and photograph the same group of nationalists who gather at Tokyo’s controversial Yasukuni Shrine. Exactly why I feel the need to go I don’t know. Photographically, I’ll likely never get the snow that helped create my best shot there back in 2011. Plus when it comes to politics, I find everything the nationalists stand for utterly repugnant.

And yet still I go.

Perhaps it’s simply the spectacle. Their brief, but dramatic appearance is certainly like nothing else I’ve ever seen in Japan. Or indeed any other country for that matter. There’s also the challenge I suppose, as it puts me in the uncomfortable position of having to stand right in front of a bunch of people who have little time for me, and even less for my political leanings. It may even be the fact that despite our differences, it’s hard not to feel at least a grudging respect, as regardless of their faults, they always tone down the rhetoric and solemnly pray for the souls of Japan’s fallen men and women.

Anyway, whatever the reason, or indeed reasons, below are a few of the images I came away with this year. For anyone interested, there’s also a broader selection of nationalist photos on my portfolio site, here. 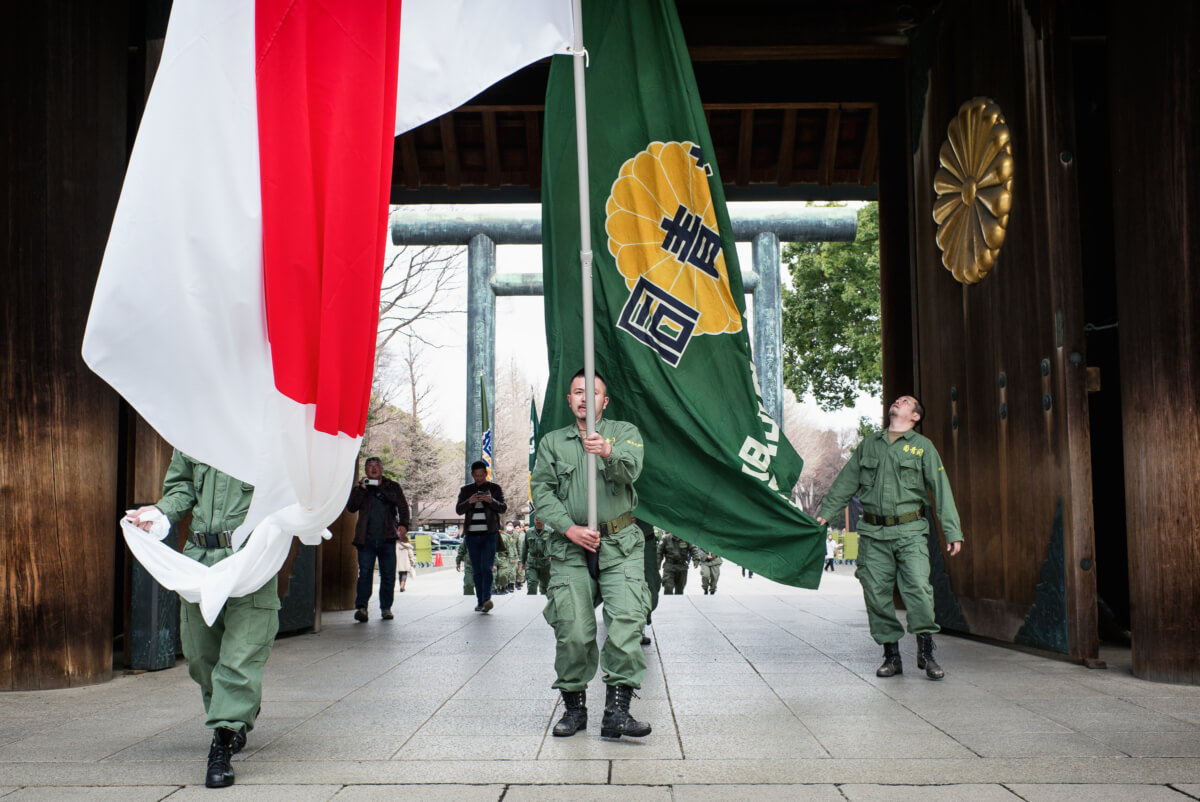 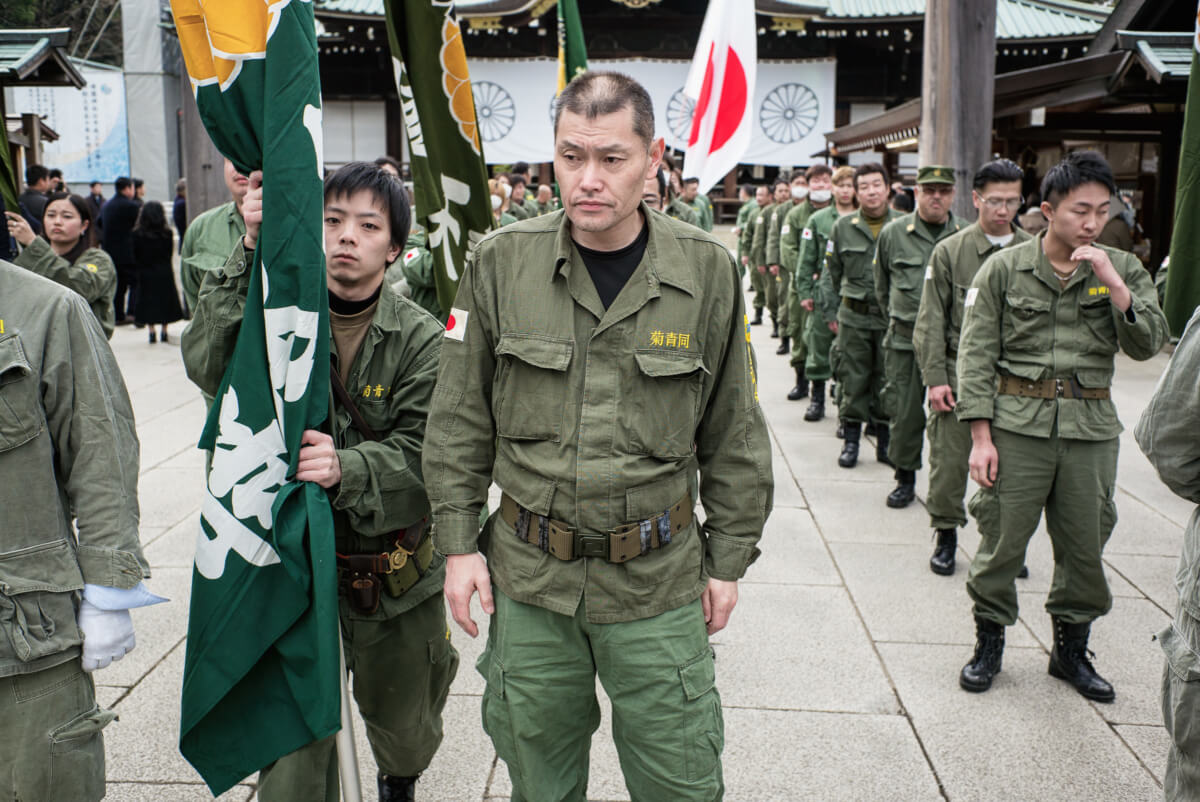