With their portable shrines and pots of sake, Japanese festivalsÂ are generally fairly boisterous affairs, but for Kawasaki’s annual fertility festival (the Kanamara Matsuri) at Hachiman-gu Shrine, bawdy could be deemed a far more accurate description — the marvelling at massive members, 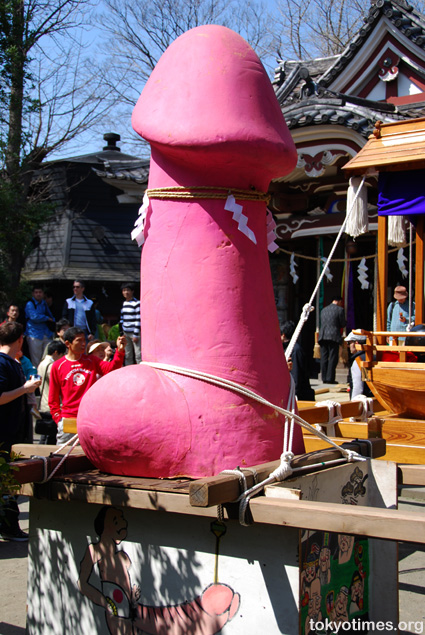 being the main source of amusement. 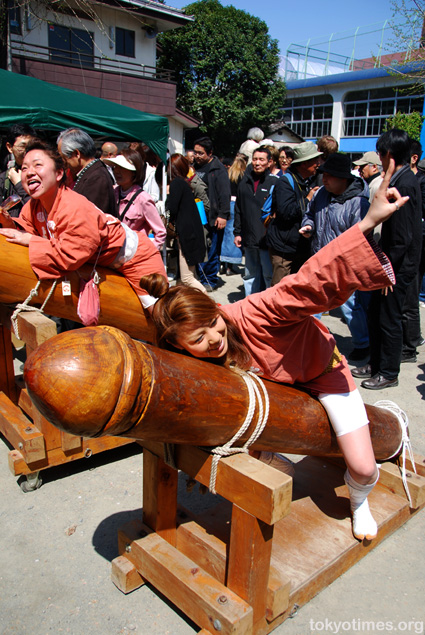 Also, for people a bit peckish, there’s the usual fare of noodles and nibbles on offer, although for those particularly partial, a pecker or even a pussy may also be purchased. 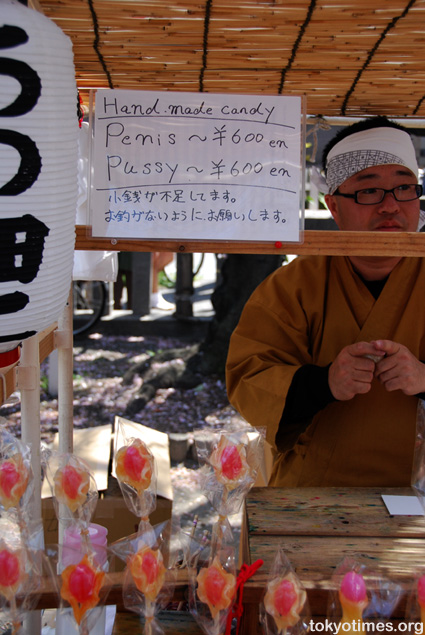 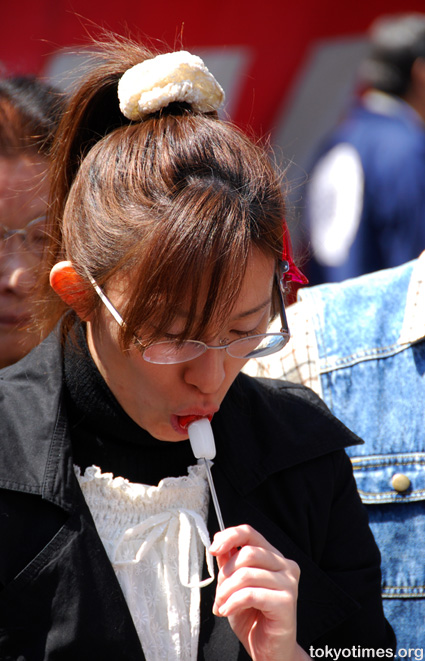 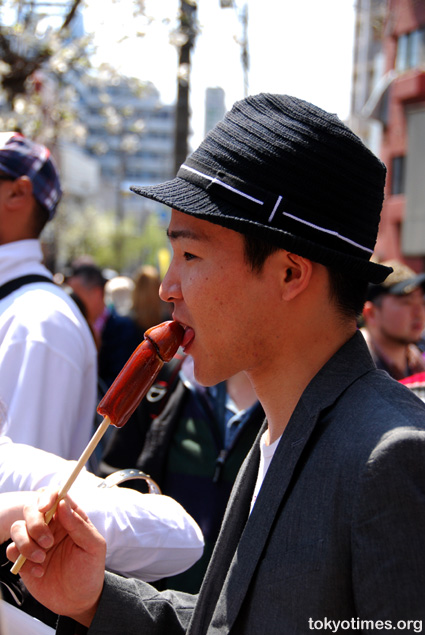 being the firm favourite. 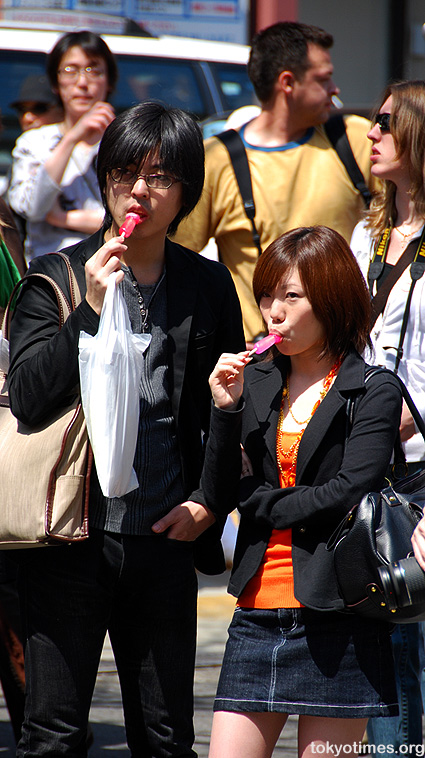 An event that, along with phallic food, is a festival with the focus very much on fun, 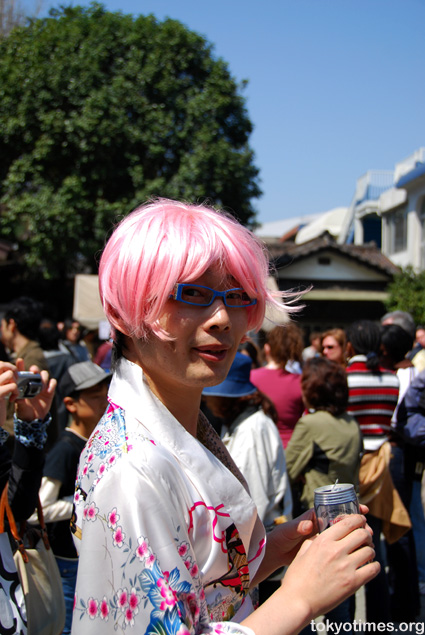 and a fair amount of fornication. 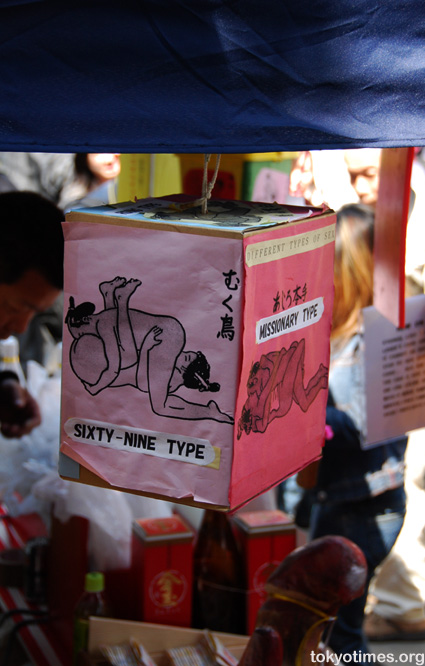 The morning’s penis-based proceedings eventually building up to an incredible climax, that sees the colossal cocks carted through the crowd. Which, wherever one lives, is something seldom seen it has to be said. 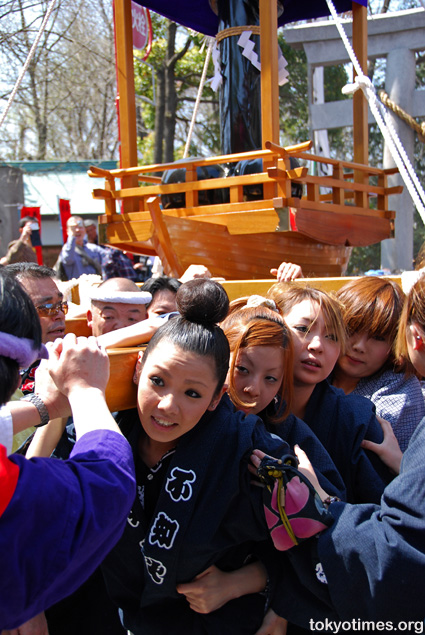 Although unfortunately, with such a lot of effort going in to getting things up and running, it only comes once a year. 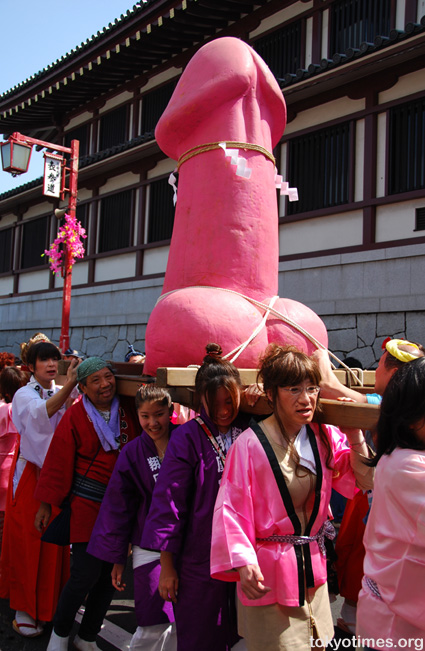