Unfortunately, the Japanese gentleman below believes so strongly that foreigners should never get a vote that he has to bang on about it by the train station — noisily declaring that the granting of such a thing would send Japan into a downward spiral that it would be impossible to recover from. One, presumably, even worse than the cycle that current system has conjured up. 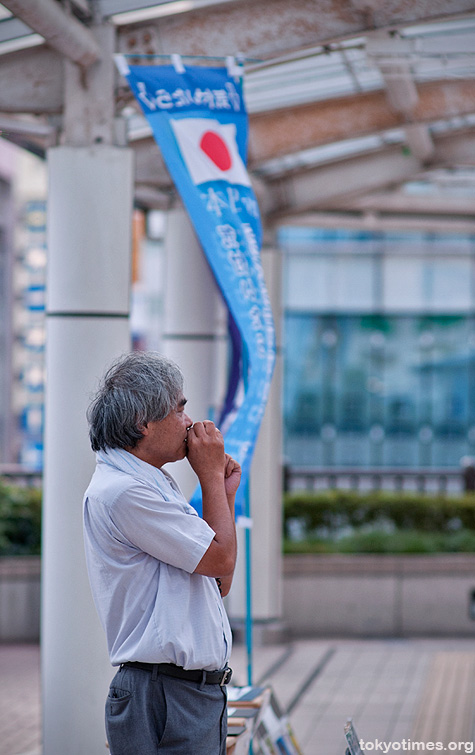 However, even as one of those foreign infiltrators he’s fighting against, I don’t necessarily feel it’s unreasonable to deny non-citizens a national vote. At local level, on the other hand, where city taxes are just the same no matter what one’s nationality, it’s arguably a very different issue indeed.

But, regardless of such points, the fact that there are so few foreigners here (around 1.5 percent of the population according to these figures), and any election choice is invariably between one politician who’s had the role handed down from a relative, or his equally privileged opponent, any perceived bias or actual ability to affect results is surely baseless.

Oh, and just for good measure, he was also keen to point out that my wife, or any other foreigner’s spouse for that matter, should never, under any circumstances, change their surname after marriage. Why? Well, because… because they just shouldn’t, ok?

Still, discriminatory and disruptive diatribe aside, there was something going in his favour, as he did have one person watching him. Just not quite the kind he really cares for that’s all. Which, if not exactly gratitude, did at least garner what would appear to be an ironic grin. 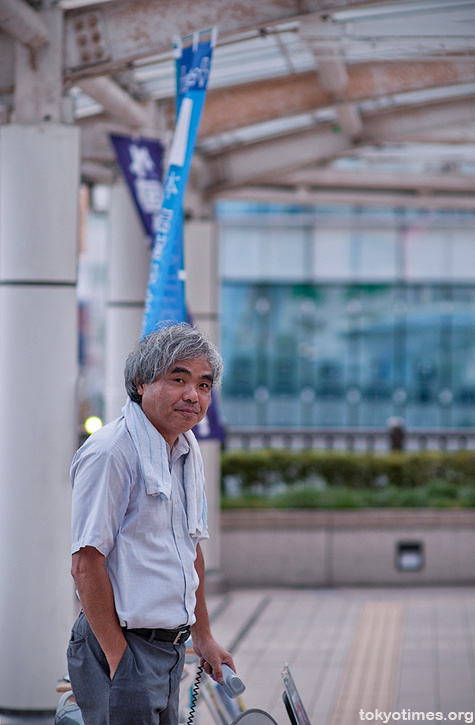