Something of a controversy is currently raging over the origin of the much loved (and indeed maligned) Japanese schoolgirl sailor suit, with two schools claiming to have introduced the iconic outfit first.

An argument that may well continue in classrooms up and down the country, but it’s unlikely to be talked about by the fellas who frequent Egg in Tokyo’s Shinjuku district, an establishment that seems to see the uniform as something to delight in rather than discuss. 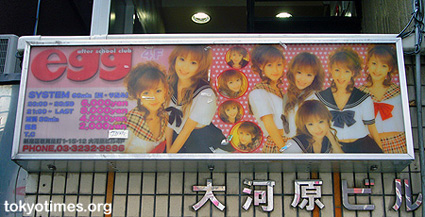 Yet despite its boast of being an after school club, basic economics is probably about as far as educational gains go. 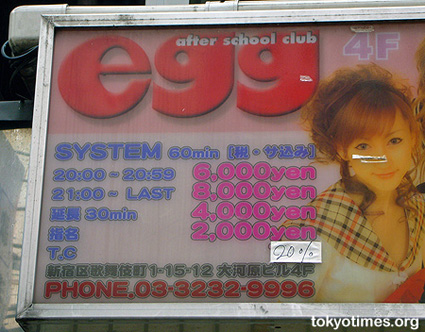 Although that said, the odd spot of late-night cramming may well be catered for.