The term metabolic syndrome is now a much used media mainstay in Japan, and, as well as anyone a little meaty now being known as ‘metabo’, those weighing in with waists considered a bit wobbly — over 33.5 inches for men and 35.4 for women — will initially receive government ordered dietary guidance, or even re-education, if a reduction isn’t realised.

A situation that, while undoubtedly well intentioned, has resulted in those even a fraction flabby feeling the full force of all the fat-related fuss, with even little (or even not so little) ‘uns being similarly singled out.

Like this young fella for example. As, if a belittling day by the bench wasn’t bad enough, there was even the affront of being photographed by a funny-looking foreigner. 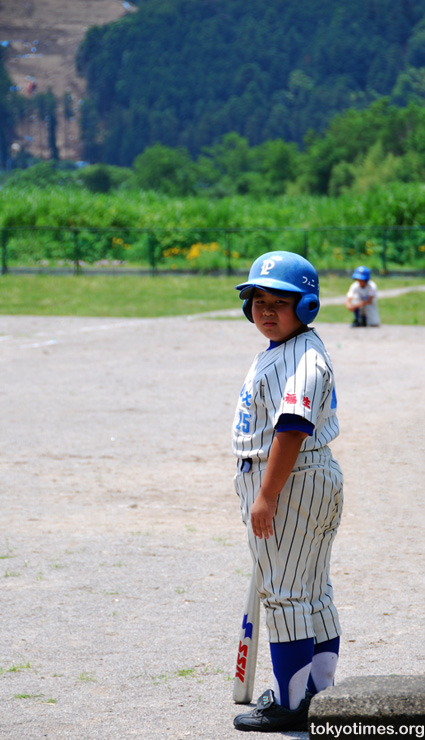