With The Cove currently getting plenty of coverage, and Japan’s ‘scientific’ whale hunting programme almost never out of the news, it seemed like a good time to cull, so to speak, a bit of cetacean-related stuff from the Tokyo Times archives.

A post that is still just as timely today as Japan comes under increasing pressure due to accusations of sheer bloody-mindedness and misplaced national pride, and yet when all is said and done, and although it’s difficult to condone the killing of such beautiful beasts, it simply cannot be said that the Japanese don’t take their research seriously, with very little of the mammals left untast untested. 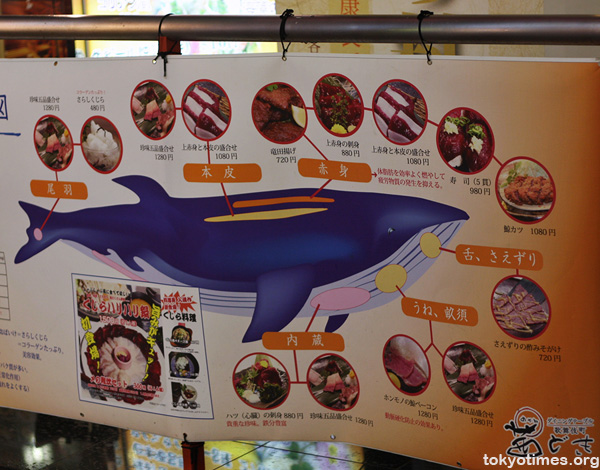 Plus, while critics vociferously claim that the results from non-lethal techniques could prove to be equally as productive, proponents opine that they would be far less palatable.